‘We anticipated this,’ said a lawyer representing the former employees

A judge has ruled against a class action lawsuit brought by former employees of Twitter who were laid off shortly after the company was purchased by Elon Musk.

The group of terminated employees sued the company, arguing that they were not given previously promised severance pay. The plaintiffs have been ordered to drop their case and pursue private arbitration by U.S. District Judge James Donato of the Northern District of California.

According to Donato’s ruling, the employees did not opt out of non-mandatory arbitration in their contracts and they signed a class action lawsuit waiver. The waiver obligates employees to bring legal challenges against Twitter on an individual basis.

“Plantiffs’ main objection is that the arbitration agreement is unconscionable, “ wrote the judge. “They do not raise any contract formation issues.”

“Twitter provided signed copies of the agreements, and they are all clear and straightforward,” he continued. “Because each arbitration agreement has a delegation clause, plaintiffs must show that the clause is invalid or otherwise does not encompass their unconscionability claims in order to litigate in this forum. They have not done so.”

The group sued Twitter in the fall of 2022 shortly after the company was purchased by technology billionaire Elon Musk. At the time, the group argued they were not given advance notice of the mass layoff which began during the first week of November. In their lawsuit, the group contends the company’s actions were in violation of the Worker Adjustment and Retraining Notification Act as well as the California WARN Act. Both laws require companies to give employees 60 days notice before layoffs.

The lawsuit was filed on Nov. 3.

The lawsuit also alleges that Twitter did not notify the Employment Development Department of California about the layoffs.

“Under Twitter’s takeover deal terms, Musk had agreed to keep employee compensation and benefits the same,” reported TechCrunch. “That means the laid-off employees should receive 60 days of salary and the cash value of the stock they were to receive within three months of their last date at the company, per law.”

Shannon Liss-Riordan, a lawyer representing the plaintiffs, tweeted that the judge’s decision was “not a win” for Musk.

“We anticipated this and that’s why we have already filed 500 individual arbitration demands — and counting,” wrote Liss-Riordan. “Twitter still has to answer claims in court, on top of the arbitration battles.”

In total, Twitter laid off about 3,700 employees in November. 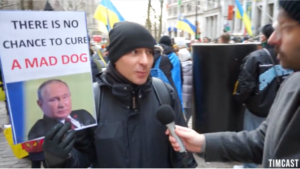