‘You needed me to be a stronger ally in the fight for equal rights, and I let you down,’ Disney’s CEO told employees

On Tuesday, Walt Disney Company employees at corporate locations across the U.S. plan to walk out to protest CEO Bob Chapek’s response to Florida’s Parental Rights in Education bill.

LGBTQ employees and supporters are expected to participate in a general walkout in California, Florida, and other corporate locations around the nation. A group of employees announced the walkout last week on a website created to boost awareness about the protest.

Chapek has come under harsh internal criticism and public scrutiny for not taking a more forceful stand against HB 1557, which prohibits classroom instruction about “sexual orientation or gender identity” in kindergarten through the third grade in Florida.

His initial response was not a direct opposition to the bill. In a company-wide memo on March 7, Chapek said that Disney could make the “biggest impact” by “creating a more inclusive world through the inspiring content we produce.”

The response drew much criticism from employees, who considered his memo to be dismissive of their concerns about the new legislation.

Chapek apologized to employees in a letter days after intense pushback drew some level of attention.

“It is clear that this is not just an issue about a bill in Florida, but instead yet another challenge to basic human rights. You needed me to be a stronger ally in the fight for equal rights, and I let you down,” Chapek said in the letter. “I am sorry.”

The letter did not end the criticism, and a large group of employees continued their efforts to make a statement regarding the legislation and Chapek’s leadership.

Employees began a series of protests that have led to the prospect of a general walkout on Tuesday. The plans were announced on the website whereischapek.com and on an Instagram account called disney walkout.

“The recent statements and lack of action by TWDC [The Walt Disney Co.] leadership regarding the ‘Don’t Say Gay or Trans’ bill have utterly failed to match the magnitude of the threat to LGBTQIA+ safety represented by this legislation. We have been forced into an impossible and unsustainable position. We must now take action to convince TWDC to protect employees and their families in the face of such open and unapologetic bigotry,” the post reads.

According to The Wall Street Journal, Chapek tried to rectify the situation in a virtual town hall Monday, telling employees that he and other top executives were “determined to use this moment as a catalyst for more meaningful and lasting change.”

Opponents of HB 1557 argue that the bill discriminates against LGBTQ people and bans students from speaking freely about sexual orientation and gender identity. President Joe Biden called the bill “hateful.” The opponents have dubbed the legislation the “Don’t Say Gay” bill.

However, opponents have misrepresented the mechanics of the legislation, which prohibits classroom instruction regarding sexuality and gender identity for students aged 5 to 8 years. It does not restrict general discussion by students or teachers if the subject were to be initiated by student inquiry or in a setting other than a teacher’s lesson plans.

The bill has passed both the Florida House and Senate and is now headed to Governor Ron DeSantis, who has expressed support.

The walkout at Disney is scheduled to begin at 11 a.m. ET Tuesday, according to the protest’s website. 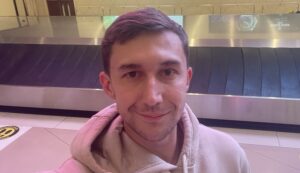