'I wouldn't be surprised to see diesel being rationed on the East Coast this summer,' said one industry expert this week

Diesel fuel hit a record high at the pump on Thursday, as the U.S. stockpile for the essential fuel has reached its lowest on record in many areas.

According to data from AAA, the national average of diesel fuel in the U.S. surpassed $5.56 a gallon Thursday, the highest level ever recorded.

Diesel is considered to be the “lifeblood of the global economy” and is vital for multiple sectors of production, including construction, mining, and agriculture.

In the U.S., the transportation industry alone utilizes more than 122 million gallons of diesel per day, according to data from 2020.

The national stockpile of distillate fuel oil, which includes diesel and fuel oil, has dropped to a concerning low of about 104 million barrels. According to a report from the Energy Information Administration (EIA) Wednesday, this is the lowest recorded level since May 2005.

More alarming is that East Coast inventories have declined to 21.3 million barrels of diesel fuel. This number represents roughly two weeks’ worth of fuel supply for the local transportation industry. According to the EIA, this is the lowest supply reserve since data was first recorded in 1990.

In a statement to Bloomberg on Wednesday, John Catsimatidis, the CEO of United Refining Co., said, “I wouldn’t be surprised to see diesel being rationed on the East Coast this summer.”

“Right now, inventories are low, and we may see a shortage in coming months,” he continued.

Since 2019, seven refineries, which processed a total of about 806,000 barrels of oil per day, have shut down. According to the EIA, the refinery shutdowns leave the U.S. with 124 operating refineries, down more than 10% since 2016.

This week, the Biden administration canceled some of the most high-profile oil and gas lease opportunities pending before the U.S. Department of Interior (DOI), ending the potential to drill for oil on millions of acres.

“Due to lack of industry interest in leasing in the area, the Department will not move forward with the proposed Cook Inlet OCS oil and gas lease sale 258,” a DOI spokesperson told FOX Business on Thursday. The DOI also noted that multiple oil and gas leases in the Gulf of Mexico would also be ended.

Since early 2021, the impact on fossil fuels and gasoline and diesel prices has continued to be a concern for most Americans.

When Biden first took office, he signed an executive order to suspend federal oil and gas leases. Then, in May of this year, Biden proposed ending tax benefits for oil and gas production. He created caution for producers to continue the rate of production.

Biden also canceled the Keystone XL’s cross-border permit, ending construction on the pipeline after a 12-year battle to construct the energy superhighway.

Gas prices have soared to new record highs in another hit to the U.S. economy that has affected most of its citizens.

According to AAA, the national average price for regular gasoline climbed more than four cents on Thursday to $4.41 a gallon, topping the prior record of $4.37 set on May 9. 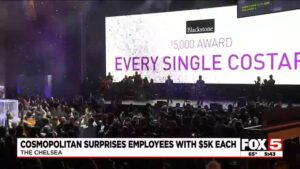