Despite Sanctions Russia Has Paid Debts, Staves Off Default

'From the very beginning, we have said that Russia has all the necessary funds and potential to prevent a default,' said the Kremlin

Thus far, Russia has shown it is able and willing to service its foreign debts despite sweeping international sanctions, avoiding an anticipated national default.

On Thursday, JPMorgan Chase & Co. processed a coupon payment from Russia for one of its dollar bonds, which the country was expected to default.

According to a report from Bloomberg, JPMorgan processed a payment amounting to nearly $447 million on Thursday. The payment from Russia covers an $87.5 million coupon and a $359 million principal payment.

The report also states that Russia made payments for a separate Eurobond due Monday, along with repaying interest and principal on $2 billion of dollar-denominated bonds due on April 4.

Sanctions were enacted to restrict Russia’s foreign currency debt payments. On at least two occasions, the Kremlin has accused the West of trying to engineer an “artificial default” with those sanctions.

“The fact is that from the very beginning, we have said that Russia has all the necessary funds and potential to prevent a default — there can be no defaults,” Kremlin spokesman Dmitry Peskov told Reuters.

Russia has focused on meeting all its debt obligations in order to stave off a default event, which would profoundly impact the nation’s economy. Any significant financial default by Russia would also affect its creditworthiness in the international markets.

Russia has continued to service its U.S. dollar debt partly because on March 2, the U.S. Office of Foreign Assets Control Treasury Department issued a temporary license. That license permits U.S. individuals to receive dividends and bond payments on Russian securities from the finance ministry, central bank, or national wealth fund. 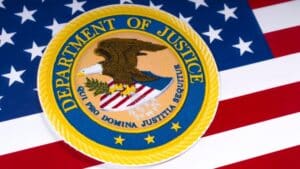