On Tuesday, Florida Governor Ron DeSantis escalated the feud with Disney over the Parental Rights in Education Bill, challenging lawmakers to eliminate the special status that allows the company to operate as an independent government near its theme parks.

DeSantis made the announcement just before lawmakers were set to return to weigh changes to the congressional map for the state. He asked lawmakers to review the special districts in the state established before Nov. 5, 1968.

The review would include the Reedy Creek Improvement Act, passed by the Legislature in 1967 to help establish Walt Disney World.

House Bill 3C was announced just after the Governor’s call to action.

Disney, its employees, and CEO Bob Chapek have been fierce critics of the Parental Rights in Education Bill, HB1557. The bill restricts any classroom curriculum focused on sexuality or gender from kindergarten through third grade. Though opponents dubbed the legislation the “Don’t Say Gay Bill,” the text of the law contains no restrictions on the use of that term.

Chapek has come under harsh internal criticism and public scrutiny for not taking a more forceful stand against HB 1557.

In a company-wide memo on March 7, Chapek said that Disney could make the “biggest impact” by “creating a more inclusive world through the inspiring content we produce.”

The response drew criticism from employees, who considered his memo to be dismissive of their concerns about the new legislation.

Chapek apologized to employees in a letter days after intense pushback drew some level of attention.

“It is clear that this is not just an issue about a bill in Florida, but instead yet another challenge to basic human rights. You needed me to be a stronger ally in the fight for equal rights, and I let you down,” Chapek said in the letter. “I am sorry.”

Opponents of HB 1557 argue that the bill discriminates against LGBTQ people and bans students from speaking freely about sexual orientation and gender identity. President Joe Biden called the bill “hateful.“

However, some opponents have misrepresented the mechanics of the legislation, which prohibits classroom instruction regarding sexuality and gender identity for students ages 5 to 8 years. It does not restrict general discussion by students or teachers if the subject were to be initiated by student inquiry or in a setting other than a teacher’s lesson plans. 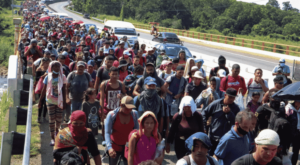