The Secretary of Homeland Security held a tense meeting with Border Patrol agents who detailed the challenges they face while protecting the nation’s borders.

Alexander Mayorkas acknowledged that the significant number of people who have illegally entered the United States from Mexico have burdened the agency.

“The job has not gotten any easier over the last few months and it was very, very difficult throughout 2021. I know apprehending families and kids is not what you signed up to do. And now we got a composition that is changing even more with Cubans, Venezuelans, Nicaraguans, and the like, it just gets more difficult,” Mayorkas said in audio obtained by Townhall.

Agents from the Yuma Sector told Mayorkas that they were hampered when trying to patrol and secure the border by policies set out by President Joe Biden and his administration. They report that their work now consists of processing illegal immigrants.

He conceded, “I know the policies of this administration are not particularly popular with U.S. Customs and Border Protection, but that’s the reality and let’s see what we can do within that framework.”

One agent at the meeting detailed the overcrowding in family units at their processing sites. He said that handling and housing these migrants is not the Border Patrol’s responsibility.

A second agent said it was “demoralizing” to be “demonized” by politicians and other public figures. He said agents often save illegal immigrants who can be injured or even die while crossing.

In response, Mayorkas said he understands the impact of being demonized as threats have been made against his life and the lives of his family members.

Mayorkas was pressed to explain why so few illegal immigrants we being enrolled in the Migrant Protection Protocols — otherwise known as “Remain in Mexico” —which the Biden Administration reinstated after repealing the program.

Mayorkas said negotiations between the United States and Mexico are ongoing.

“The numbers are not where they need to be. I agree with that,” Mayorkas said.

Mayorkas acknowledged the overall abysmal state of the Southern Border

“Look, it’s worse now than it, frankly, has been in at least 20 years, if not ever,” Mayorkas said.

Customs and Border Protection data indicates that border agents have encountered an average of 165,000 migrants per month since March of 2021. That average is three times higher than the number of monthly encounters during President Donald Trump’s administration. 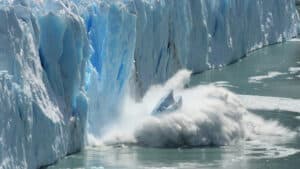