Democrats in the House voted against a bill that would require migrants who entered the U.S. illegally to test negative for COVID-19 before being released by Customs and Border Protection.

Representative Mariannette Miller-Meeks (R-IA) introduced H.R. 1897, the Requiring Every Alien Receive a COVID-19 Test (REACT) Act, on March 16, 2021. Under the resolution, the Department of Homeland Security would be required to test all migrants illegally crossing the border for COVID-19 if the department plans on releasing them into America.

In a statement, Miller-Meeks’s office said:

“Under current law, there is no requirement for individuals released from Customs and Border Protection (CBP) or Immigration and Customs Enforcement (ICE) custody to test negative for COVID-19. The REACT Act would require CBP and ICE to administer a diagnostic test, and receive a negative result, for COVID-19 to an inadmissible alien who has entered the United States and is released from CBP or ICE custody within 30 days of entry to the U.S. or is placed is an alternative detention program within 30 days of entry into the United States.”

In March, Miller-Meeks met with CBP agents and officers in El Paso, Texas.

“I saw firsthand the crisis they are facing, and I believe it is our job in Congress to address it and assist them. Approximately 50% of agents have tested positive for COVID-19, and very few migrants are being tested. My REACT Act would require that every migrant released from CBP or ICE custody is tested and receives a negative test. Border security and immigration is not an issue that only affects border states, it affects every community across the country. By ensuring that individuals entering the country are negative for COVID-19, we can help keep our communities safe and healthy.”

A majority of Congress voted to block the REACT Act during a vote on Sept. 29. Rep. Diana Harshbarger (R-TN)  spoke out in favor of the bill, saying there was an urgent need to pass the REACT Act.

Today, I offered my REACT Act on the House floor, which would require DHS to give a COVID test to everyone crossing our border illegally.

The majority chose to block this commonsense bill that would ensure the health and safety of border patrol and border communities. #IA02 pic.twitter.com/Qwbc2ZjH04

FLOOR ALERT: @HouseDemocrats blocked @HouseGOP requests to consider @RepMMM's commonsense bill that simply requires illegal immigrants are tested for COVID-19 before their release into the U.S., unlike the 12,000 Haitian migrants admitted by @POTUS last week. pic.twitter.com/mj4r9LmXWH

The move came just days after Homeland Security Secretary Alejandro Mayorkas said one in five migrants are showing up at the border with an “illness.”

Speaking at the virtual Immigration Law and Policy Conference on Sept. 27, Mayorkas said, “When one is speaking of 7,000 or 7,500 people encountered at the border every day, if one takes a look at that the system, it is not built for that in a COVID environment where isolation is required.”

He also confirmed that migrants are not being tested at the border.

“We do not know — I do not know, I should say if I may be perfectly accurate — if anyone was sick with COVID. We certainly had some people get sick, not with COVID to my knowledge and we addressed their illnesses,” he said.

Even though illegal immigrants at the border are not being tested for COVID-19, Border Patrol agents who refuse to get the vaccination by November could be fired from their jobs. 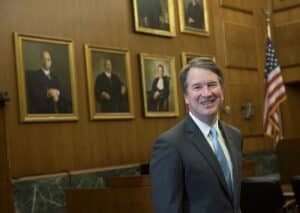