'Republicans will have two choices: they can own the destruction of women's rights, or they can reverse course and work to prevent the damage,' Schumer said

Senate Majority Leader Charles Schumer said Thursday that he would force a vote next week on legislation intended to codify Roe v. Wade, his party’s response to the leaked Supreme Court draft decision that may upend the landmark case.

During a speech on the Senate floor Thursday, Schumer said, “Today, I am announcing that next week, the U.S. Senate is going to vote on legislation to codify a woman’s right to seek an abortion into federal law.”

.@SenSchumer: "Today, I'm announcing that next week the U.S. Senate is going to vote on legislation to codify a woman's right to seek an abortion into federal law…I intend to file cloture on this vital legislation on Monday, which will set up a vote for Wednesday." pic.twitter.com/FhHWAYum8o

The vote will likely fail, as the Democrats lack the 60 votes needed to push the bill to an official vote on the floor. The Senate rejected a similar bill in a 46-48 vote earlier this year, with Senator Joe Manchin voting alongside Senate Republicans.

In a press conference on Thursday afternoon, Schumer took aim at the Republican party, saying, “Republicans across the country have worked to dismantle Roe; they have worked to take away the rights of women.”

He went on to say that Republican leaders across the country have essentially said to all women, “your body, our choice,” as he continued to place attention on the intent to create constitutional protection for abortion rights. He said that the Republican party was disregarding the idea of “limited government.”

He then reiterated his intent to present legislation and work towards codifying abortion rights regardless of the absence of Republican support.

“Republicans will have two choices: they can own the destruction of women’s rights, or they can reverse course and work to prevent the damage,” Schumer said.

JUST IN: Sen. Schumer says Senate will vote next week on bill to codify right to abortion into federal law.

“Republicans will have two choices: they can own the destruction of women’s rights, or they can reverse course and work to prevent the damage.” https://t.co/nN95KKpps0 pic.twitter.com/jzPFhlFimf

Senators Lisa Murkowski and Susan Collins, who voted against the previous bill to codify Roe, have introduced a more limited bill to accomplish the same objective. Both women, along with Schumer, are working to build support for the legislation as they push for a vote.

On Monday, Politico published a leaked draft of the U.S. Supreme Court’s decision to overturn the 1973 landmark case, Roe V. Wade. The draft was confirmed as authentic on Tuesday by Chief Justice John Roberts. The news has caused much turmoil among lawmakers and the general public.

The issue of legalized abortion, which has divided the nation’s leadership for nearly 50 years, has again come under intense scrutiny.

In a post on Twitter Tuesday, Senator Elizabeth Warren said that if the Court “overturns Roe, wealthy women will still get safe abortions — by traveling to another state or country. But women of color, those with lower-incomes, and victims of abuse will suffer the most.”

However, South Dakota’s Governor Kristi Noem expressed her support for the Court’s potential ruling. In a statement regarding Monday’s leak, she said, “If this report is true and Roe v. Wade is overturned, I will immediately call for a special session to save lives and guarantee that every unborn child has a right to life in South Dakota.”

Many states are poised to make abortion illegal or more restrictive if Roe is overturned. Seventeen states have “trigger laws” that automatically take effect when the case is upended and would bring the total count of states who restrict or deny abortion rights to a total of 26. 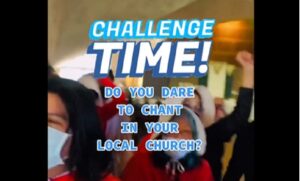