A California Democratic nominee for the United States House of Representatives appeared to claim Republicans were less educated and susceptible to conspiracy theories during a Zoom meeting, according to a Tuesday report.

Jay Chen, who is running against incumbent Republican House Representative Michelle Steel, made the suggestion while speaking on Critical Race Theory (CRT) during a Zoom meeting with Indivisible Sonoma, an organization that seeks to “keep their government on track.”

During the meeting Chen appeared to criticize Republican policies and further suggested, “folks [that] were not educated who are susceptible to conspiracy theories” would join the Republican party platform in what he claimed was a “broad attack on public education,” Breitbart reported.

“There’s just been this broad attack on public education. These accusations that, Oh, you know everything, if you’re teaching American history, if you’re teaching about our history, such as the Japanese American internment, that’s critical race theory and that’s making folks feel bad so we can teach it. … I’m going to be a recipient of some of these attacks, unfortunately. They’re going to be claiming that because our school district was teaching Chinese that meant we were trying to indoctrinate our students in communism. Literally that will be one of the points of attack they’re going to come up with. … But it’s part of this broader attack to delegitimize public education because, honestly, that improves, that increases their base of voters. If you have folks who are not educated who are susceptible to conspiracy theories, they will be joining the Republican Party.”

Steel pointed out that her opponent was also reportedly a “radical pro-defund the police” supporter and reportedly expressed interest in doubling taxes for Californian families to subsidize single-payer health care in the state.

“I’ve spent my career as a tax fighter & proud supporter of law enforcement. My opponent was just caught (again) supporting doubling taxes on working class families, in a conversation with a radical pro-defund the police organization. #CA45,” said Steel in a Monday Twitter post

I’ve spent my career as a tax fighter & proud supporter of law enforcement. My opponent was just caught (again) supporting doubling taxes on working class families, in a conversation with a radical pro-defund the police organization. #CA45 https://t.co/j7aFpD5D3t

According to Steel, Chen had been “scrubbing the Internet of any and all mention of his plans to double taxes hoping voters would not find out,” shortly after the Indivisible Sonoma Zoom was released.

Chen had previously appeared to mock Steel, who is of Korean descent, for her accent, saying, “You kind of need an interpreter to figure out exactly what she’s saying,” during a speech at Congregation B’nai Tzedek synagogue in Fountain Valley, California in April, Fox News reported.

“America is a country built on immigrants,” said one spokeswoman for Steel’s campaign. “Michelle Steel is a first-generation Korean American who speaks English as her third language, and these despicable, racist comments from Jay Chen have absolutely no place in our community. Chen owes everyone an explanation, particularly following recent reports he continues backing the Chinese Communist Party’s Confucius Institutes in our educational system.”

Prior to being elected into the U.S. House in January 2021, Steel served on the Orange County Board of Supervisors beginning in 2015. Chen reportedly has experience owning a real estate business and previously achieved the rank of lieutenant commander in the United States Navy Reserve. The Republican incumbent and Chen will face off in the November general election. 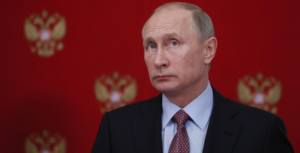