A humanist organization objected to the ruling, calling it a 'de facto ban on blasphemy'

The United Kingdom’s Advertising Standards Authority has prohibited the display of a poster advertising pop singer Demi Lovato’s eighth album because of its reported offensive nature.

The advertising regulator said the image is “likely to cause serious offense to Christians” and is in violation of national advertising code. It was on display at six locations in London in August of 2022.

The poster features the album’s cover image and title – “HOLY FVCK.” The image is of Lovato on a large cushion shaped like a crucifix in a leather bondage-style outfit.

In a ruling against Universal Music Operations, the ASA said it had received complaints about the ad’s potential to cause “serious or widespread offence” and that “the ad was irresponsibly placed where children could see it.”

The regulator wrote that the ad alluded to the expression “holy f—” and, if in “an untargeted medium and public place where children were also likely to see it,” would be offensive. The ASA also agreed that the ad would be considered offensive on religious grounds.

“We considered that the image of Ms Lovato bound up in a bondage-style outfit whilst lying on a mattress shaped like a crucifix, in a position with her legs bound to one side which was reminiscent of Christ on the cross, together with the reference to ‘holy fvck’, which in that context was likely to be viewed as linking sexuality to the sacred symbol of the crucifix and the crucifixion, was likely to cause serious offence to Christians,” per the ruling.

The promotional materials were pulled from display in London after four days because of the complaint filed with the ASA.

“HOLY FVCK” debuted at number 10 on both the US Billboard 200 and the UK Albums Chart, where it ultimately reached the number 7 spot. The singer said it documented her “complicated journey through alcohol and drug addiction, mental health issues, treatment and recovery,” per the BBC.

Polydor Records, the division of Universal Music that produced the album, told the ASA that it did not believe the image would cause widespread offense. The label also said it had been assured by an ad agency that the images were not a problem.

“Regardless of what anyone may think of the language or clothing used in Lovato’s advert, ‘religious offence’ should never be grounds to ban an advert,” stated the organization on Jan. 11. “We’ve condemned this aspect of the ruling as a de facto ban on blasphemy.”

The organization said blasphemy laws in England and Wales had been repealed 15 years ago and, therefore, the ruling was an infringement on freedom of expression.

The organization did not dispute that the ad could be regarded as inappropriate for children. 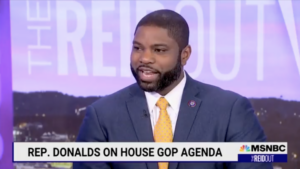