DC Sets Its Sights On Cryptocurrency in Expanded Russian Sanctions

Senator Elizabeth Warren is drafting legislation to make it harder to utilize cryptocurrency to evade sanctions as part of D.C. lawmakers’ effort to put pressure on Russia following the invasion of Ukraine.

Warren’s drafted proposal addresses concerns that members of Moscow’s elite might be able to avoid sanctions by utilizing cryptocurrencies.

The proposed bill seeks to threaten secondary sanctions on foreign crypto exchanges in an effort to enforce the current financial sanctions on Russia.

Changpeng Zhao, the founder of Binance, a cryptocurrency trading platform, said he does not believe the concern that Russia will utilize cryptocurrency is warranted. He has stated that “crypto is too small for Russia.”

In speaking to the Guardian, Zhao said, “Another reason Russia would not want to use crypto is that it is too traceable. And governments around the world are already very adept at tracking it.”

However, Senator Warren raised concerns over the use of cryptocurrency to avoid U.S. sanctions in a letter to Treasury Secretary Janet Yellen last week.

“Strong enforcement of sanctions compliance in the cryptocurrency industry is critical given that digital assets, which allow entities to bypass the traditional financial system, may increasingly be used as a tool for sanctions evasion,” the letter states.

Lawmakers from both parties have concerns that cryptocurrency could be utilized to allow Russian Oligarchs and government entities to avoid the imposed sanctions.

Last week Senator Lindsey Graham said, “Cryptocurrency is rearing its ugly head here. As you sanction the Russian central bank, which is a good thing, I worry about how the cryptocurrency could be used by the Russians to stay afloat.”

In Warren’s proposal, provisions would require verifying customers’ identities and transfers to privately held crypto wallets. This would be accomplished by requiring financial institutions and exchanges to keep thorough records and submit those reports to the Treasury Department.

On Monday, FinCEN also released an advisory to financial institutions regarding attempts to circumvent sanctions. The group noted that cryptocurrency was not of concern as of yet.

“Although we have not seen widespread evasion of our sanctions using methods such as cryptocurrency, prompt reporting of suspicious activity contributes to our national security and our efforts to support Ukraine and its people,” the notice said.

The Russian government does not appear to be a fan of cryptocurrency.

The Bank of Russia recently proposed comprehensive bans on most cryptocurrency uses. The Ministry of Finance countered with a bill to regulate and tax crypto investing, also suggesting a ban on the use of cryptocurrencies for payment. 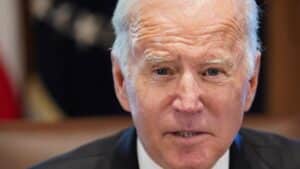