New York Governor Andrew Cuomo caved to growing pressure Tuesday and formally resigned from office over allegations of sexual harassment from at least 11 women who worked alongside the top Democrat.

“New York Gov. Andrew Cuomo (D) has resigned from office after a bombshell report released by state Attorney General Letitia James (D) found he sexually harassed 11 women, including some who worked in his office, and violated state and federal laws,” reports The Hill.

“Cuomo had faced an inundation of calls for his departure and an impeachment hearing in the state Assembly that appeared all but guaranteed to spark a trial in the state Senate. Should he have survived potential impeachment proceedings, he also faced daunting reelection prospects in 2022,” adds the outlet.

Cuomo maintained his innocence leading up to the announcement.

“My attorney, who is a non-political former federal prosecutor, has done a response to each allegation. And the facts are much different than what has been portrayed,” Cuomo previously stated. “I want you to know directly from me that I never touched anyone inappropriately or made inappropriate sexual advances.”

“I do embrace people. I do hug people. Men and women,” Cuomo added. “On occasion I do slip and say sweetheart or darling or honey. I do banter with people. I do tell jokes, some better than others. I am the same person in public as I am in private.” 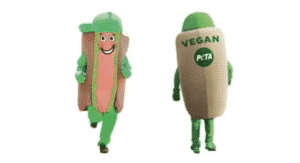