Just one day after Ghislaine Maxwell is convicted of sex trafficking, the charges against Epstein's prison guards are dropped

In a filing in Manhattan federal court on Thursday, prosecutors asked a judge to dismiss claims against Tova Noel and Michael Thomas.

The move comes after both complied with the six-month deferred prosecution in May of 2021.

On Aug. 10, 2019, Epstein was found hanging in his cell at the Metropolitan Correctional Center. Epstein was being held in the facility while awaiting a trial for sex trafficking of minors.

New York City’s medical examiner determined the death of Epstein to be a suicide.

The two correctional officers, Noel and Thomas, were accused of surfing the internet that night and later falling asleep. The two failed to complete rounds to perform a welfare check on Epstein every 30 minutes. Epstein had been placed on suicide watch the month before his death.

Both admitted to having deliberately falsified records to cover their failure to complete the evening rounds.

The deferred prosecution agreements from May required the two officers to perform 100 hours of community service and cooperate with an investigation of Epstein’s death.

At the time, William Barr, the U.S. attorney general, was angered that a high-profile inmate could kill himself while in federal custody.

Montell Figgins, the lawyer representing Thomas, said his client was happy with the dismissal and looked forward to putting the matter behind him. There has been no immediate comment from the legal representatives of Noel.

On Wednesday, Epstein’s former partner, Ghislaine Maxwell, was convicted of helping recruit and groom underage girls for Epstein to abuse over at least a decade.

According to statements from her siblings on Wednesday, Maxwell is expected to appeal her conviction. 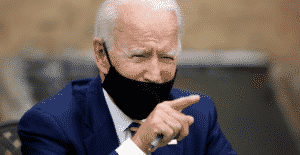