Baby Formula Shortage Persists, FDA Says 'We Are Doing Everything in Our Power'

Products could hit shelves about two months after the FDA allows Abbott Laboratories to restart production, the company estimates

Parents throughout the U.S. are scrambling to find baby formula because of supply disruptions and a massive safety recall from Abbott Nutrition over bacterial contamination.

The shortage, which began during the height of the pandemic, became worse following a February recall from Abbott Labs of Alimentum, Similac, and EleCare formulas. The recall came as a result of five infants who used the formula contracted a Cronobacter sakazakii infection. Two infants died as a result.

Since the recall, average out-of-stock levels jumped as much as 9%, surging to about 40% throughout April, with some states seeing a shortage as high as 54% out-of-stock numbers.

This week the shortage has begun to capture the attention of the nation.

Target baby formula shelf. We are sending 40 Billion to a far-off war while our babies go hungry. No serious country would act in such a manner. pic.twitter.com/XnT7RK8vRQ

“We are doing everything in our power to ensure there is adequate product available where and when they need it,” FDA Commissioner Robert M. Califf, M.D. said in a May 10 statement. “Ensuring the availability of safe, sole-source nutrition products like infant formula is of the utmost importance to the FDA. Our teams have been working tirelessly to address and alleviate supply issues and will continue doing everything within our authority to ensure the production of safe infant formula products.”

Congress is now planning an investigative hearing into the continued shortage of infant formula impacting the nation. The House Energy and Commerce Committee announced Wednesday that it would hold a hearing on May 25 to examine the causes and focus on strategy to increase the supply.

On Wednesday, Abbott Laboratories also shared an update on its efforts to address the supply chain issues.

In their statement, the company addressed the events which led to the FDA shutdown of its Michigan production plant. The company said, “After a thorough review of all available data, there is no evidence to link our formulas to these infant illnesses.”

The company noted that “Genetic sequencing on the two available samples from ill infants did not match strains of Cronobacter in our plant.”

The company went on to address its ability to reopen if the FDA approves.

“We understand the situation is urgent – getting Sturgis up and running will help alleviate this shortage,” Abbott said Wednesday. “Subject to FDA approval, we could restart the site within two weeks. We would begin production of EleCare, Alimentum and metabolic formulas first and then begin production of Similac and other formulas. From the time we restart the site, it will take six to eight weeks before product is available on shelves.”

This means, for its part, Abbott would not be able to impact the current shortages for at least two months.

In April, drugstore chains Walgreens and CVS Health and the department store Target began to limit how many baby formula products consumers can purchase at one time.

According to a statement given to NBC News, Walgreens said, “Due to increased demand and various supplier challenges, infant and toddler formulas are seeing constraints across the country.”

Walgreens also said, “Similar to other retailers, we put into effect purchase limits of three per transaction on all infant and toddler formula to help improve inventory. We continue to work diligently with our supplier partners to best meet customer demands.”

The cost of baby formula has also soared, with the average price increasing by 18% over the last 12 months. 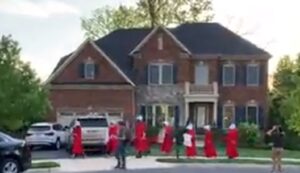