On Tuesday, Conservation experts in Virginia opened a second time capsule discovered in the pedestal of the recently removed statue of Confederate General Robert E Lee.

Amongst items pulled from the capsule were books, money, ammunition, documents and other artifacts from the Civil War Era in America.

As Ridgway’s team unpacked the contents inside, they appeared to match the description of the 1887 time capsule they had been looking for.

“It does appear that this is the box we expected,” she told reporters at Tuesday’s reveal.

You can view the box’s opening by clicking here.

Historical records from the Library of Virginia noted that dozens of Richmond residents, organizations and local businesses contributed objects to the capsule.

The time capsule was discovered just days after another box was found in the statue’s pedestal. The reveal of contents from the previous box failed to reach expectation and proved not to be the expected time capsule.

Ridgway said the box, which weighed 36 pounds, was found in water in a small corner of the pedestal, noting it was damp from prolonged exposure to moisture.

“I think it’s in better shape than we expected,” she said.

Historical accounts speculated that the capsule could contain a rare photo of deceased President Abraham Lincoln.

During the box’s opening, conservators found a printed image from an 1865 issue of Harper’s Weekly that Ridgway said seemed to show a figure grieving over Lincoln’s grave. However, the box lacked the much-anticipated photo.

Exposure to moisture caused the items in the box to expand and even stick together, making it challenging to unpack. Conservators decided to cut down one side to make the extraction easier.

“Not ideal, but it’s the way it is,” Ridgway said.

While damaged from moisture and time, many of the paper items were in poor shape but still partly legible.

The box also contained two wooden artifacts, a Masonic symbol and a Confederate flag said to have been carved from the tree that grew over General Stonewall Jackson’s original grave.

However, a lengthy search during the September statue removal came up empty.

Over the past week, two boxes were found during the final excavation of the former statue. The first box appears to have been placed by workers who helped erect the statue, while the former seems to be the time capsule commissioned by Virginia nearly 140 years ago. 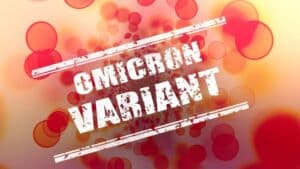