On Sunday, Rep. Adam Kinzinger announced that he would be introducing a joint resolution authorizing the use of the U.S. Armed Forces in the war in Ukraine.

During an appearance on CBS’s Face The Nation, Kinzinger said:

” I just introduced an AUMF, an authorization for the use of military force, giving the President basically congressional leverage or permission to use it if WMDs, nuclear, biological or chemical are used in Ukraine. Doesn’t compel the President to do it. It just says if it is used, he has that leverage. It gives him, you know, a better flexibility, but also it is a deterrent to Vladimir Putin.”

Words matter, but so do our actions. I’m introducing this AUMF as a clear redline so @POTUS can take appropriate action if Russia uses chemical, biological, and/or nuclear weapons. We must stand up for humanity and we must stand with our allies. https://t.co/zyAlZNGcAL

The congressman then posted on his official website about introducing his Authorization for Use of Military Force (AUMF).

In a statement, Kinzinger wrote:

“After World War II, America made our position clear—our commitment to freedom put autocrats on the defense and strengthened democracies around the world. In the last decade, we have seen this determination waver and tyrants, like Vladimir Putin, have exploited those vulnerabilities. Today, America has an opportunity to re-affirm our support to freedom-seeking people and firmly stand up to authoritarianism.”

Kinzinger clarified that his AUMF was introduced “so the Administration can take appropriate action should Russia use chemical, biological, and/or nuclear weapons.”

In the joint resolution, which was drafted on April 20, the congressman expressly offers full authority to President Biden to activate and engage full military force, with the support and permission of Congress.

There has been some concern that if Biden chooses to engage directly in military conflict in Ukraine, the long-term commitment might mirror the decades-long engagement in Afghanistan. However, Biden has been clear about not engaging in the conflict, even stating that there should be no use of NATO forces. In an interview on CBS in 2020, Biden said he was not supportive of long-term engagement in war but stated a desire to arm the citizens of embattled nations.

Kinzinger’s joint resolution includes a “sunset clause,” which is meant to give an endpoint for using military resources and engaging in direct combat. However, Kinzinger’s resolution merely leaves the end of the engagement to the President’s discretion by simply stating the AUMF will be terminated when the “President certifies to Congress that the territorial integrity of Ukraine has been restored.”

Kinzinger is expected to present his resolution this week. 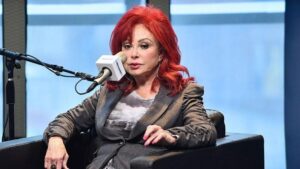