'The Extreme MAGA Republican Agenda ... Apparently Has Been Negotiated Into The House Rules And The Functioning Of The Congress'

Democratic Minority Leader Hakeem Jeffries commented on the Republican-led Congress along with newly elected Speaker of the House Kevin McCarthy during a Sunday appearance on NBC News’ Meet the Press.

Host Chuck Todd questioned Jeffries on concessions made by McCarthy on behalf of Republican Freedom caucus members including Florida representative Matt Gaetz, who was the most vocal critic of the Republican Leader, among others.

“Our general concern is that the dysfunction that was historic that we saw this week is not at an end, it’s just the beginning,” Jeffries told Todd. “And while the Congress was held captive this particular time, what is going to be a problem is if the American people will be held captive over the next two years to the extreme MAGA Republican agenda that apparently has been negotiated into the House rules and the functioning of the Congress.”

“That’s going to undermine the health, the safety, and the well-being of the American people,” he said. “It may undermine national security and a robust defense, and undermine our ability to actually advance an agenda that is anchored in kitchen table, pocketbook issues and not extremism.”

“Kevin McCarthy and I have had some positive, forward-looking conversations over the last few weeks,” Jeffries began, before adding, “Clearly, we are going to have strong disagreements at times. But we can agree to disagree without being disagreeable. That is what I believe the American people would like to see in terms of a functional House, a functional Senate, a functional government.”

“We do extend our hand of partnership to you and want to make clear that we extend and intend to try to find common ground whenever and wherever possible on behalf of the American people,” Jeffries said during Republican Leader Kevin McCarthy’s Friday inauguration as Speaker of the House. “Not as Democrats, not as Republicans, not as independents, but as Americans. But I also want to make clear that we will never compromise our principles.”

The Democratic Leader threw jabs at his political opponents in a now-viral “A-Z” speech.

House Democrats will always put American values over autocracy, benevolence over bigotry, the Constitution over the cult, democracy over demagogues, economic opportunity over extremism, freedom over fascism, governing over gaslighting, hopefulness over hatred, inclusion over isolation, justice over judicial overreach, knowledge over kangaroo courts, liberty over limitation, maturity over Mar-a-Lago, normalcy over negativity, opportunity over obstruction, people over politics, quality of life issues over QAnon, reason over racism, substance over slander, triumph over tyranny, understanding over ugliness, voting rights over voter suppression, working families over the well-connected, xenial over xenophobia, “Yes we can” over “You can do it,” and zealous representation over zero-sum confrontation. 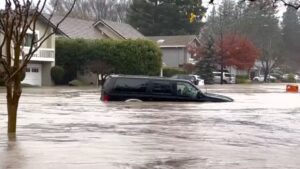