'Unidentified Aerial Phenomena are a potential national security threat. And they need to be treated that way,' said chair Rep. André Carson

On Tuesday, the government convened a hearing on Unidentified Aerial Phenomena (UAPs) conducted by the House Intelligence Committee’s Counterterrorism, Counterintelligence, and Counterproliferation subcommittee.

The hearing, which was live-streamed on YouTube, involved a discussion of events popularly referred to as UFO sightings — a high-profile moment for a controversial topic that has long been relegated to the fringes of government policy.

Rep. André Carson, who chaired the hearing, began by saying: “This hearing and our oversight work has a simple idea at its core: Unidentified Aerial Phenomena are a potential national security threat. And they need to be treated that way.”

Ronald Moultrie, undersecretary of defense for intelligence and security, and Scott Bray, deputy director of naval intelligence, also appeared before the panel to discuss the UAPs.

Carson noted near the end of Tuesday’s hearing, “UAPs are unexplained, it’s true. But they are real. They need to be investigated. And any threats they pose need to be mitigated.”

The hearing comes after Congress requested a report on “unidentified aerial phenomena.” The report was released last June and drew much attention from the public.

The short “Preliminary Assessment” from the Office of the Director of National Intelligence focused on 144 incidents dating from 2004 to 2021. The report was only able to explain one incident.

The House Intelligence Committee’s subcommittee on Counterterrorism, Counterintelligence, and Counterproliferation announced that it would hold the public hearing on May 17. The public hearing will be followed by a closed, classified hearing on the Pentagon’s newest program, the Airborne Object Identification and Management Synchronization Group.

“Since this is an area of high public interest, any undue secrecy can serve as an obstacle to solving the mystery, or it could prevent us from finding solutions to potential vulnerabilities,” Representative André Carson told the New York Times. “This hearing is about examining steps that the Pentagon can take to reduce the stigma surrounding reporting by military pilots and by civilian pilots.”

Congress hasn’t held a public hearing on unidentified aerial phenomena (UFO’s) in over 50 years. That will change next week when I lead a hearing in @HouseIntel on this topic & the national security risk it poses. Americans need to know more about these unexplained occurrences.

On June 25, 2021, the Pentagon released its report on UAPs. The report is the first of its kind to be released in nearly 50 years. The report detailed the sightings of UAPs between the years 2004 to 2021. The report also unclassified information related to military investigations looking into these incidents.

The report resulted from the Intelligence Authorization Act, which called for the release of any unclassified information on UAPs following leaked videos taken by U.S. Navy pilots that showed odd-looking flying objects in view of the pilots. In the videos, the objects can be seen making peculiar flight maneuvers.

The report didn’t provide many answers, leaving many curious onlookers disappointed. However, a more redacted and classified version of that report was obtained earlier this year by government transparency organization The Black Vault, which appears to have more details about the potential nature of UAPs.

The classified report does indicate that the FBI has been involved in the investigation of the UAPs in an attempt to ascertain the causes of the phenomena.

“Given the national security implications associated with potential threats posed by UAP operating in close proximity to sensitive military activities, installations, critical infrastructure, or other national security sites, the FBI is positioned to use its investigative capabilities and authorities to support deliberate DOD and interagency efforts to determine attribution,” the report reads.

The U.S. Government has not held an open hearings on UAPs since the Air Force closed a public investigation known as Project Blue Book in early 1970. 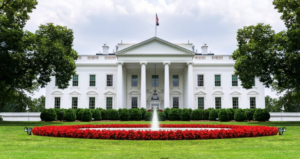