After the sentence drew international attention and criticism, Governor Polis used his executive power to change the outcome

The truck driver convicted in a deadly 2019 car pileup on a Colorado freeway had his sentence significantly reduced Thursday after Gov. Jared Polis commuted punishment in the case, which had been under worldwide scrutiny.

Instead of serving the 110-year prison sentence, Rogel Aguilera-Mederos will serve only ten years, with eligibility for parole on Dec. 30, 2026.

The commutation came after Aguilera-Mederos applied for clemency earlier this month on his 27 charges. The sentence drew outrage and ignited a petition on Change.org that garnered millions of signatures from people who supported a reduction, including Kim Kardashian West.

West expressed her gratitude Thursday to Gov. Polis on Twitter.

This case was a clear example of why mandatory minimums don’t work and need to be abolished. I’m grateful to Governor Polis for his empathy and leadership on this case.

On Thursday, Governor Polis issued a letter regarding his decision and input for the State’s leadership.

“You were sentenced to 110 years in prison, effectively more than a life sentence, for a tragic but unintentional act,” Polis wrote. “While you are not blameless, your sentence is disproportionate compared with many other inmates in our criminal justice system who committed intentional, premeditated, or violent crimes.

“The length of your 110-year sentence is simply not commensurate with your actions, nor with penalties handed down to others for similar crimes. There is an urgency to remedy this unjust sentence and restore confidence in the uniformity and fairness of our criminal justice system, and consequently I have chosen to commute your sentence now.”

Further, Polis called on the Colorado Commission on Criminal and Juvenile Justice to review sentencing guidelines to prevent future outcomes like this case.

Aguilera-Mederos’ truck traveled at about 85 mph before slamming into dozens of stopped vehicles, causing a large explosion. The resulting tragedy took the lives of four innocent people, injuring dozens of others on Interstate 70. The victims were Doyle Harrison, 61; William Bailey, 67; Stan Politano, 69; and 24-year-old Miguel Angel Lamas Arrellano.

After a short trial, Aguilera-Mederos was convicted of vehicular homicide and 23 lesser charges.

He shared the following statement at the sentencing through a tear-filled and shaky composure:

“I am not a criminal. I am not a murderer. I am not a killer. When I look at my charges, we are talking about a murderer, which is not me. I have never thought about hurting anybody in my entire life.”

The prosecutor in the case, Kayla Wildeman, also came under fire after a now-deleted Facebook post on her personal page showed an image of a trophy made from a brake shoe to celebrate the conviction. 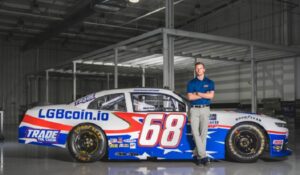