'I think that the reason why a lot of people resonate with Satanism is that they come from a very broken place,' Riaan Swiegelaar said

The co-founder of the South Africa Satanic Church has left the organization after a religious conversion.

The church council confirmed Riaan Swiegelaar resigned on May 30 in a press release this week.

“He has stepped down from our church council, as well as dissolved his membership with the organisation,” the SASC wrote. “Documentation, and content of his exit interview, as well as a non-disclosure agreement signed by him was placed on record and is available to all members.”

The co-founder of the South African Satanic church has resigned, he became Christian. pic.twitter.com/ndvzZMdEph

Swiegelaar discussed his conversion during a livestream on his Facebook page on July 4 after receiving questions about why he left the church and “turned [his] back on Satanism.”

“To be very honest, I initially thought I would slip out the backdoor quietly and I didn’t really think people would be this interested in why I am doing what I am doing,” he said in the introduction to his video.

Swiegelaar said he got involved with Satanism because “at the time it resonated with” him “being very broke and being very sad without realizing it” and that he had been an atheist for most of his life.

“I think that the reason why a lot of people resonate with Satanism is that they come from a very broken place,” he continued. “I have made thousands of Satanists over the last three years… and they are extremely broken… That’s the one thing they all have in common.”

Swiegelaar said he has never known unconditional love in his life and can only think of four Christians that have shown him unconditional love. He expressed his gratitude to those people for showing him love “when I was an ugly monster and took people like you on” during an emotional portion of his video.

The psychic healing practitioner appeared on a Cape Town radio show in May and declared that he did not believe Jesus Christ existed. A radio station staff member approached Swiegelaar after the interview and hugged him.

“That’s all she did. She said ‘It is nice to finally meet you’ and she held me,” said Swiegelaar, who later found out online the woman is a Christian. He said he was struck by her treatment of him after he had questioned Jesus Christ.

Sweigelaar said a week later while taking part in a ritual with the Satanic Chruch, he has a vision of Jesus and was “flooded with the most beautiful love and energy.” He said his feelings resembled what he had experienced when interacting with the woman at the Cape Town radio station as well as the three other Christians with whom he had positive interactions.

On July 5, the former presiding reverend of the SASC shared a Mahatma Gandhi image on Facebook that read “If all Christians acted like Christ, the whole world would be Christian.”

Swiegelaar shared another image with the message “Don’t cling to a mistake just because you spent a lot of time making it” on June 27 — two days before the SASC public confirmed his resignation.

Swiegelaar does not plan to join a church. He said that religion “has hurt a lot of people” and that religious people had judged him in the past for being gay and psychic.

“I made the choice. I chose light. I am living for light,” said Swiegelaar. “How to experience God’s love is to turn it outward, to love other people, to love your animals.”

During his livestream, Swiegelaar said he was not prepared to respond to requests from journalists about his departure from the Satanic Church and had not been allowed to discuss his decision to leave for a month after entering his resignation. He added that he expects the SASC, which has “thousands and thousands of applicants,” to continue.

Satanism churches and organizations are active in many countries across the world, including the United Kingdom, Italy, and the United States. 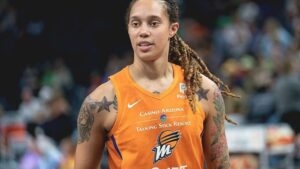