According to Fox Business correspondent Charles Gasparino, CNN’s new streaming service is already bracing for layoffs as early as May due to fewer than expected subscription sales.

The CNN+ streaming service was expected to help the struggling news network combat its continued drop in ratings and viewership.

According to the Washington Post, the launch of the service is the most significant investment in new programming since the network was launched in 1980 by Ted Turner. CNN has reportedly invested about $100 million into the streaming service.

CNN’s owner, WarnerMedia, has been working on the service’s launch since the summer of 2021. While the media giant is offering the streaming service for $5.99 per month, a discounted price of $2.99 per month was offered on its first day.

The Washington Post reported that the service aimed to attract a new and younger viewership. As of May 2021, the median age of a CNN viewer was 64. According to a report from Forbes, CNN’s average prime time audience among the key demographic valued by advertisers, ages 25-54, was only 126,000. This represents a 69% drop from the same period in 2021. The average audience among all viewers was only 534,000 — a decline of 68% from 2021.

The network has continued to battle a drop in ratings after a series of scandals rocked the network, causing it to lose top anchors and the former president of the network, Jeff Zucker. The firing of Chris Cuomo in February saw the network lose its highest ranking program.

CNN is also contending with new ownership under Discovery. According to the report from Fox Business, the new owner may “consolidate” its streaming services. The move would insert CNN+ as part of the company’s Discovery Plus service. 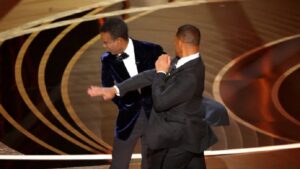