A group of 28 civil rights and health care organizations sent a letter to the United State Department of Agriculture requesting the agency address ‘dietary racism’ in its school lunch program.

In the letter, the organization says the program prioritizes offering dairy milk and offers non-dairy milk, lactose-free alternatives if parents or guardians submit a written statement and the school notifies the state.

The groups called this policy “inherently inequitable and socially unjust” and argued that non-White children are more likely to be lactose-intolerant and therefore suffer adverse health consequences by being provided dairy milk by default.

“It is patently discriminatory to require a doctor’s note for a nearly ubiquitous condition,” states the letter. “Black, Native American, Asian and Latino kids are being punished for their race and heritage.”

The message, which was sent to the USDA’s Equity Commission, was signed by Progressive Democrats of America, the Maryland chapter of the NAACP, Switch4Good, the Center for a Humane Economy and political activist Reverand Al Sharpton’s National Action Network Washington Bureau.

“Until children of color are properly provided for in the USDA-funded NSLP, the ‘And Justice for All’ posters that the agency requires participating public schools to display in their lunch rooms is simply empty rhetoric as injustices are visited on millions of underserved children each day,” the letter’s co-signers concluded.

The group wants soy milk to be the official substitute for dairy milk in school lunch programs.

“The USDA reimburses schools covered under the 76-year-old NSLP if they provide fluid milk during meals, which does not cover soy milk or other types of organic milk. Dairy milk must be served with every meal,” reports The Hill, which first reported the letter.

The department was asked to recognize dairy’s health risks by vegan activists in 2020. Physicians Committee for Responsible Medicine, a medical nonprofit organization,

“To describe cow’s milk as required or as the default option reflects racial bias that is presumably unintended but is nonetheless inappropriate and harmful to public health,” the organization wrote in a letter addressed to the USDA and the Department of Health and Human Services.

“Unhealthful foods contribute to a wide range of health problems, many of which take a particular toll in Black and Latinx communities,” the group added. “Federal nutrition policy, including the Dietary Guidelines for Americans, has played a role in exacerbating these disparities.”

The US National Library of Medicine reports that 65% of individuals have a reduced ability to digest lactose after infancy.

People of East Asian descent are the most likely to be lactose intolerant, with 70% population reporting the issue. The organization also notes that lactose intolerance is also common among people of West African, Arab, Jewish, Greek, and Italian descent.

“The prevalence of lactose intolerance is lowest in populations with a long history of dependence on unfermented milk products as an important food source. For example, only about 5 percent of people of Northern European descent are lactose intolerant,” the NLM reports. 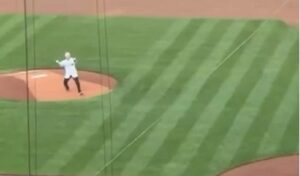