Due to new legislation in Alabama, state residents will not be required to get a permit or be subjected to a background check to carry a concealed weapon as of 2023.

On Thursday, Governor Kay Ivey signed legislation that removes the requirements for concealed carry permits, making Alabama the 22nd state to embrace such a policy.

“Unlike states who are doing everything in their power to make it harder for law-abiding citizens, Alabama is reaffirming our commitment to defending our Second Amendment rights,” Ivey said in a statement. “I have always stood up for the rights of law-abiding gun owners, and I am proud to do that again today.”

The new Alabama law, which goes into effect on Jan. 1, 2023, allows citizens to carry a gun in their clothing, purse, or car without a permit. The state does not require a permit for open carry of a weapon, nor does it require a background check for purchasing a gun.

The Alabama Sheriff’s Association (ASA) opposed the new legislation. The group rallied against the law earlier this month, arguing that permit-less conceal carry laws would make it easier for people to obtain guns and not register them.

Other states around the nation have considered permit-less carry measures, including Georgia, Wisconsin, South Carolina, Indiana, Ohio, and Nebraska.

The NRA’s Institute for Legislative Action said it would keep supporting the effort nationwide in a statement.

“NRA will continue to champion this God-given right until every state in the nation is a constitutional carry state,” said Jason Ouimet, the institute’s director. 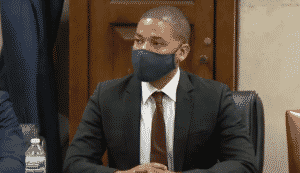