The Church of Scientology of the Valley hosted a convention in support of indigenous people on Columbus Day.

A press release provided to Timcast said that the convention “celebrated the unique and vibrant cultures of indigenous people of the Americas and decried the widespread abuse of their human rights.”

Manuel Velasco, president of the Administrative Court of Justice of the State of Oaxaca and his colleague justice Raul Palomares, began the program with a “passionate appeal for the end of crimes against vulnerable indigenous women and children,” the press release states.

Another speaker, Walter Batres, president of the Guatemala Migrants Network, compared the US government to the Taliban, referring to how migrants attempting to cross the southern border illegally are treated.

“We point fingers at the Taliban in Afghanistan, yet we encounter similar abuses in America,” said Batres.

The conference was not just about indigenous people, however. It was also a celebration of Scientology creator L. Ron Hubbard.

The Church of Scientology of the Valley serves North Hollywood and the San Fernando Valley. It was dedicated in March 2017 by infamous Scientologist “ecclesiastical leader” David Miscaviage.

Miscaviage has been accused of coercive fundraising, forced family separations, harassment of journalists and emotional and physical abuse of people working below him — among other things.

The press release also states, “The Church of Scientology of the Valley is featured in an episode of Destination Scientology on the Scientology Network, available on DIRECTV Channel 320 and streaming at Scientology.tv, on mobile apps, and via the Roku, Amazon Fire and Apple TV platforms.” 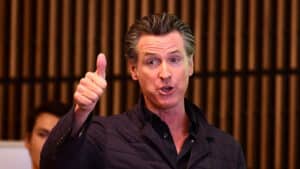