The former CNN anchor is the latest to be accused of sexual misconduct, a trend that has plagued the network recently

On Tuesday, details were revealed that Chris Cuomo was fired from CNN for allegedly attacking a female ABC News temp worker when she denied his proposition for sex.

According to the New York Times, the assault accusation was made in a letter to CNN lawyers on Dec. 1, just hours after Cuomo was suspended from the network. The CNN host was fired days later.

The unnamed woman is represented by Debra S. Katz, who refers to her as “Jane Doe” in the letter. The woman was a young temp at ABC News at the time of the assault.

The letter outlines a meeting between Cuomo and Jane Doe. According to Katz’s letter, Cuomo had reportedly offered Jane Doe career advice and invited her to lunch in his office.

When Jane Doe arrived for lunch, there was no food. At that time, Cuomo allegedly began pressuring her for sex. After she declined his request, he reportedly assaulted her.

Years later, when #MeToo allegations impacted news anchors like Charlie Rose and Matt Lauer, Cuomo allegedly contacted Jane Doe to do a complimentary report about her then-employer, according to the article.

Katz says that the offer was an attempt to “‘test the waters’ and discourage her from going on the record about his sexual misconduct.”

In November, then-CNN president Jeff Zucker told Cuomo they were suspending him for his involvement with helping his brother evade sexual assault allegations made against Andrew Cuomo.

However, the following day the letter from Katz arrived at CNN outlining the alleged assault on Jane Doe.

Within days, Zucker fired Cuomo, telling him that a drumbeat of scandals had become “too much for us,” according to the New York Times.

Shortly after his dismissal, Cuomo tweeted a statement saying his termination was “disappointing.”

“This is not how I want my time at CNN to end, but I have already told you why and how I helped my brother,” Cuomo said.

Cuomo didn’t address Katz’s client’s sexual misconduct allegation against him. However, spokesperson Steven Goldberg denied the allegation in a statement to The New York Times.

“These apparently anonymous allegations are not true,” Goldberg said. 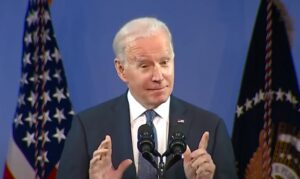