Chris Cuomo is seeking $125 million from CNN for allegedly wrongfully terminating him — and he is throwing his former colleagues under the bus in his attempt to get it.

“As long as Zucker and  Gollust believed CNN’s ratings would benefit, they were more than willing to disregard breaches of traditional journalistic standards by CNN personalities, such as Don Lemon and Jake Tapper, or even to engage in blatant breaches of journalistic ethics themselves,” Cuomo’s filing stated.

Cuomo dove into some specifics, pointing out that Lemon had texted Jussie Smollett “to warn him that Chicago police did not believe Smollett’s allegations of suffering a racist, homophobic attack.”

As far as Tapper goes, Cuomo said that he “repeatedly urged Congressional candidate Sean Parnell not to run against Rep. Conor Lamb, but to run in a ‘safer,’ more heavily Republican district” and asked Parnell to “make a joint statement to clear Tapper’s name of this obvious breach of journalistic ethics.”

Neither of the anchors has been disciplined for their actions, which Cuomo referred to as “hypocrisy.”

“CNN allowed employees to retain their jobs for offenses much more egregious than anything CNN alleges Cuomo ever did,” the filing stated. “But because Cuomo was so strongly linked to Gov. Cuomo, whose political standing and corresponding value to CNN had turned dramatically, CNN falsely claimed that Cuomo violated its policies and practices as an excuse to terminate his contract. This is the epitome of hypocrisy, as there was no valid basis for terminating his contract.”

Cuomo was suspended and ultimately fired by CNN in December 2021 for helping his brother Governor Andrew Cuomo conduct damage control after a number of women accused him of sexual harassment.

The Washington Examiner reports, “Cuomo is suing CNN for the remainder of his contract money, which the filing says is ‘in no event less than $15 million.’ He is also seeking no less than $110 million in consequential damages.” 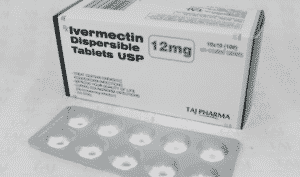