Chinese protestors demonstrating against COVID-19 restrictions are being tracked through cellphone data gathered by Chinese authorities, according to a Friday report.

On Sunday night, protestors met at Beijing’s Liangma River to demonstrate against China’s COVID-19 testing and lockdown measures in a larger call for political freedom. Following the Sunday demonstration, protestors have reportedly received phone calls from authorities inquiring about their involvement in protests. Demonstrators were tracked through recorded mobile phone signals in the area, one protestor told CNN.

The protestor reportedly denied their involvement at the Liangma River protest though one authority asked “why did your cellphone number show up there?” The unnamed protestor was instructed to report to a police station to for questioning and records by “an order from the Beijing Municipal Public Security Bureau,” according to the recording obtained by the outlet.

One protestor reportedly kept her phone in “airplane mode” throughout the demonstration and has not been contacted by Chinese authorities as of Thursday afternoon, the outlet reported.

China has not seen protests of this magnitude since the Tiananmen Square pro-democracy movement of 1989.

Crowds at another demonstration in Shanghai called for Chinese President Xi Jinping’s removal over two nights of protests. Authorities reportedly searched through residents’ phones for apps banned in the country such as Twitter and Telegram along with users of virtual private networls (VPNs) which circumvent China’s internet firewall.

Protestors placed under arrest reportedly had their phones confiscated by police and instructed to provide their passwords as “evidence,” according to two protestors that spoke to CNN. The demonstrators were informed they could retrieve their phone a week later though feared Chinese authorities would export data on their phones. Another demonstrater said her phone was immediately returned after officers deleted their photo album and WeChat app.

“Since Apple makes more than 95 percent of its iPhones in China, these disruptions pose material risks to Apple’s stakeholders,” Hawley wrote in reference to recent protests by Chinese citizens in Beijing, Shanghai, and Urumqi resulting from the nation’s “zero-COVID” policy.

Your company appears to be actively supporting the Chinese government’s brutal crackdown. … [Apple] has modified the AirDrop function to make it more difficult for protestors to use this function to evade censorship and surveillance. Unconscionable though this decision may be, it is not surprising: under your leadership, Apple has time and again assisted the Chinese Communist Party in surveilling and suppressing the basic human rights of the Chinese people.

The Missouri Senator gave Cook until Dec. 6 to respond to his inquiry or face “remedial legislation.” 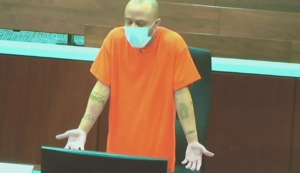