One of Apple’s biggest suppliers, Foxconn, has suspended operations in Shenzhen as China shut down the country’s technology hub to contain the country’s worst COVID-19 outbreak in two years.

Even as other countries reopen and shift to an endemic approach to the virus, the world’s second-largest economy is still vigorously enforcing its zero-COVID policy. The lockdowns in cities like Shenzen could deliver a very significant blow to global supply chains in the coming weeks and months.

Shenzhen is home to Chinese tech giants like Tencent and Huawei. City officials imposed a 7-day lockdown that began on Monday due to 66 positive COVID cases recorded over the weekend.

Foxconn has two primary campuses in Shenzhen. The Taiwanese company has adjusted its production line to other sites to minimize potential impacts of the disruption.

China is dealing with its worst COVID outbreak since early 2020 as cases surge across the country. According to the National Health Commission (NHC), China reported 2,125 local COVID-19 cases across 58 cities on Sunday.

Apart from those considered essential, all businesses in Shenzen have suspended operations or have implemented work-from-home policies. All public transportation, including subways and buses, have been suspended in the city, which has a population of 17.5 million.

Shenzhen also houses one of the world’s largest container ports, and any disruption there could cause issues for an already troubled global supply chain.

The Yantian port in Shenzhen was forced to shut down for nearly a week last summer after positive cases were recorded among dock workers. The closure created a tremendous backlog of goods that took months to resolve and led to a spike in global freight rates.

The lockdowns in Shenzen have also caused a disruption to the operations of divisions within automakers Toyota and Volkswagon.

The latest lockdowns in China come only months after China closed the northwestern city of Xi’an, which impacted businesses like Samsung and Micron — two of the world’s biggest chipmakers. 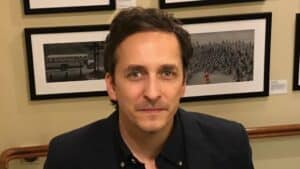