China Eastern Airline Flight Crashes With 132 On Board

Chinese state media said rescue teams are en route, but the number of casualties is not confirmed

According to officials, a China Eastern flight, reportedly carrying 132 people on board, crashed in the southern province of Guangxi on Monday.

The Civil Aviation Administration of China released a statement saying the crash occurred near the city of Wuzhou. According to the CAAC statement, the flight was traveling from Kunming in the western province of Yunnan to the industrial center of Guangzhou.

The flight lost contact over the city of Wuzhou. There were 123 passengers and nine crew members aboard the flight.

According to Chinese state broadcaster CCTV, rescue teams have been dispatched to the crash site, where the fire from the plane crash is visible. The number of casualties is unknown.

Footage posted online shows plumes of smoke billowing from a mountainous area. Other videos appear to show what appears to be wreckage from the plane near a steep mountain roadway.

Other videos show what appears to be wreckage from the plane near a steep mountain roadway.

【Crash site】A Boeing 737 passenger plane carrying 133 people from China Eastern Airlines had an accident in Teng County, Guangxi and then triggered a mountain fire. At present, the rescue team has gathered, the casualties are still unknown. pic.twitter.com/udlT6qqKWZ

According to flight-tracking website FlightRadar24.com, China Eastern’s flight No. 5735 had been traveling at around 30,000 feet when the plane entered a sudden deep dive at its cruising altitude speed of 523 MPH. The information from the site suggests the aircraft crashed within about ninety seconds of the initial complication.

China Eastern Airlines changed its website to a black-and-white homepage after the crash. They have yet to share any official statement regarding Monday’s apparent crash.

The Shanghai-based airline is one of China’s top three airlines. The company operates thousands of domestic and international routes serving 248 destinations worldwide. 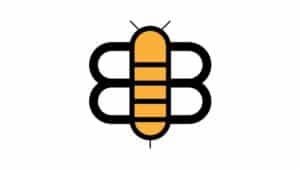