'To the extent this betrayal of the confidences of the Court was intended to undermine the integrity of our operations, it will not succeed,' said Justice Roberts

On Monday evening, a leaked document from Supreme Court Justice Samuel Alito indicated that the nation’s highest Court was likely to overturn the landmark 1973 case that solidified abortion access in the United States.

The news broke regarding Roe vs. Wade, sending the nation into a mixed sense of concern, celebration, and confusion.

Sources who follow the Supreme Court acknowledged the gravity of Monday’s news, saying it would cause the “destruction of trust among the Justices and staff.” They went on to call it “the gravest, most unforgivable sin.”

It’s impossible to overstate the earthquake this will cause inside the Court, in terms of the destruction of trust among the Justices and staff. This leak is the gravest, most unforgivable sin.

Late Tuesday morning, Chief Justice John Roberts and the Supreme Court provided a statement regarding the leak. In it, he said, “To the extent this betrayal of the confidences of the Court was intended to undermine the integrity of our operations, it will not succeed. The work of the Court will not be affected in any way.”

Justice Roberts then noted that he had “directed the Marshal of the Court to launch an investigation into the source of the leak.”

President Biden also released a statement regarding Monday’s leak. He began by saying, “We do not know whether this draft is genuine, or whether it reflects the final decision of the Court.” However, the later release of Justice Roberts’ statement confirmed the document’s authenticity.

Biden expressed his concern the Court was set to overturn the ruling: “I believe that a woman’s right to choose is fundamental, Roe has been the law of the land for almost fifty years, and basic fairness and the stability of our law demand that it not be overturned.”

The President further expressed his disapproval of the additional restrictive abortion laws passed in other states.

He stated, “shortly after the enactment of Texas law S.B. 8 and other laws restricting women’s reproductive rights, I directed my Gender Policy Council and White House Counsel’s Office to prepare options for an Administration response to the continued attack on abortion and reproductive rights, under a variety of possible outcomes in the cases pending before the Supreme Court.”

Biden then noted an intention to codify abortion rights should the Court overturn Roe vs. Wade. He declared a “need [for] more pro-choice Senators and a pro-choice majority in the House to adopt legislation that codifies Roe, which I will work to pass and sign into law.”

Biden’s statement followed Senators Bernie Sanders and Elizabeth Warren, who both called access to legal and safe abortion a “constitutional right” for all women.

Warren referred to the “extremist Supreme Court” in her disapproval of the apparent and forthcoming ruling. She said that “Congress must eliminate the filibuster and protect Roe.”

If an extremist Supreme Court overturns Roe, wealthy women will still get safe abortions — by traveling to another state or country. But women of color, those with lower-incomes, and victims of abuse will suffer the most.

Congress must eliminate the filibuster and protect Roe.

Sanders said, “Congress must pass legislation that codifies Roe v. Wade as the law of the land in this country NOW.”

South Dakota’s Governor Kristi Noem expressed her support for the Court’s potential ruling. In a statement regarding Monday’s leak, she said, “If this report is true and Roe v. Wade is overturned, I will immediately call for a special session to save lives and guarantee that every unborn child has a right to life in South Dakota.”

Within hours of Monday’s leak, barricades were placed outside the Supreme Court building in Washington, D.C. It did not take long for crowds to gather in protest or support of the potential ruling.

It is unclear how this leak might impact the Court’s final ruling, but Monday’s revelation has sparked much debate among Americans and their elected officials. 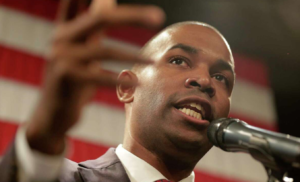