As of Dec. 1, Chicago Public Schools (CPS) now require all schools in the district to adopt new signage in an attempt to make restrooms gender-neutral.

The initiative, which CPS is referring to as a “big step forward for gender equity,” requires the schools to display language outside of bathroom facilities informing students, whether they are male or female, that they may use the restroom that aligns with their gender identity.

“We’re requiring all schools to adopt new signage to make our restrooms more inclusive,” CPS wrote in a tweet sharing the change. “This is a big step forward for gender equity for our students and staff.”

The move impacts school children and the CSP employees alike.

“All CPS students and staff will have fair and equitable access to bathroom facilities that align with their gender identity,” said CPS Title IX Officer Camie Pratt, who outlined the change in a video shared to social media on Nov. 30. 2021.

ICYMI: We’re requiring all schools to adopt new signage to make our restrooms more inclusive. This is a big step forward for gender equity for our students and staff. pic.twitter.com/4JPBdd1jQy

Pratt said the signage will “make it clear that all restrooms are open for use by anyone who feels comfortable.” She also said that the move is a step to “increase gender equity for all.”

Implementing gender-neutral toilets are one of the first steps in the gender identity politics that is now taking over the public discourse across many districts around the nation. Trans activists and gender equity activists claim that separate bathroom facilities deemed sex specific promote inequality and are not inclusive.

Pratt said the Office of Student Protections and Title IX is “working on a long-term plan” to make the signage more permanent throughout CSP.

TimCast reached out to the Office of Student Protections for Chicago Public Schools but did not receive a response as of this time. 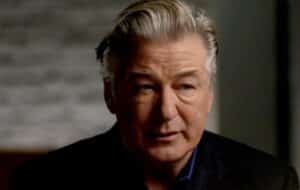 Alec Baldwin: 'I Didn't Pull the Trigger' of the Gun