In the Op-Ed, Rove said Cawthorn and other Republican candidates are “echoing Mr. Trump’s isolationism, and Kremlin apologetics are out of sync with GOP voters.”

Propaganda is being used to entice America into another war.

I do not want Americans dying because emotions pushed us into a conflict.https://t.co/1IWJ33Tgqd

On Thursday, Cawthorn also tweeted that he felt Biden was not a deterrent to Putin’s recent invasion of Ukraine.

“It should shock no one that Putin wasn’t afraid of Sleepy Joe,” he said.

Cawthorn’s comments and opinions stand in contrast to the public views of many lawmakers and officials. In the two weeks since Russia’s invasion of Ukraine, elected officials and celebrities alike have praised Zelenskyy as a hero.

Senator Mitt Romney has publicly praised the Ukrainian president, calling him a hero for standing up for democracy.

I join the world in awe of true heroes: the courageous President Zelensky, the brave Ukrainian soldiers, the citizen armies, the mothers cradling frightened children, and the journalists risking their lives to bring us truth. God bless them and God bless us to never forget.

During the Screen Actors Guild Awards, Michael Keaton said, “We have fellow actor in Zelensky who deserves some credit tonight for fighting the fight.”

U.S. Rep. Mike Quigley of Illinois told ABC News that when Zelenskyy talks, “I don’t think you can sit there with human emotions and not be moved, not be motivated,” Quigley said.

Congressman Mike Waltz of Florida told CNN that Zelensky is “turning out to be a 21st-century Churchill.”

“If you look at history, George Washington kept our revolution alive by staying alive,” Waltz said.

As the war in Ukraine continues, opinions of Zelenskyy around the world will continue to develop. 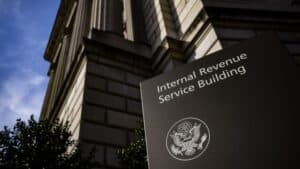 IRS Will Launch Bold Plan To Catch Up on Backlog