The kindergarten teacher and mother of two who was kidnapped while jogging died of a gunshot wound to the head.

The newly released autopsy from the West Tennessee Regional Forensic Center reported Eliza Fletcher was shot in the back of her head, with defects that indicate the bullet traveled back to front and right to left. She also had blunt force injuries to her right leg and fractures in her jaw.

On Sept. 2, the 34-year-old was running near the University of Memphis campus around 4 a.m. when she was forced into a dark GMC Terrain. The abduction was recorded by a surveillance camera.

After days of searching, police discovered her body on Sept. 5 behind a vacant home. Purple Lululemon running shorts that matched the pair Fletcher was filmed wearing the morning of her abductions were found in a trash bag close by. Officers also saw vehicle tracks near the building’s driveway. A shell casing was also recovered near Fletcher’s body, per AP News.

The forensic pathologist found fentanyl in Fletcher’s system but does not show when she had ingested the synthetic opioid. The reports also did not say if she had been sexually assaulted, per WREG.

Cleotha Henderson, otherwise known as Cleotha Abston, was arrested on Sept. 4 and charged with aggravated kidnapping and tampering with evidence. He was reportedly identified by DNA found on sandals left at the site of Fletcher’s abduction. Surveillance footage also placed him in the area for at least 24 minutes prior to the incident. A first-degree murder charge was added after Fetcher was found.

His brother, Mario, told investigators that Abston washed his clothes in the sink of his house and was acting strange. Abston spent over an hour cleaning a GMC Terrain on Sept. 2, according to surveillance footage.

Abston spent 20 years in prison for violently kidnapping Memphis-based prosecutor Kemper Durand at gunpoint in the early hours of May 25, 2000. The then 16-year-old Abston locked Durand in the trunk of his car and drove around the city. Abston and a younger accomplice would periodically stop to make the prosecutor withdraw money from ATMs. In addition to aggravated kidnapping, Abston was convicted of aggravated robbery.

Durand repeatedly fought against Abston’s challenges to his sentence, writing in a victim impact statement in 2003 that he believed he was “extremely lucky” to escape Abston and it was “likely” he would have otherwise been killed.

Abston is being held on a $1.42 million bond at the Shelby County Jail. His next court date is Oct. 5. 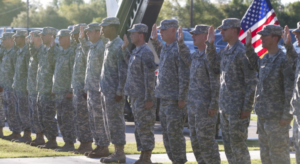