Capitol Police Say Threats Against Congress Have Nearly Tripled Since 2017

A new report from the U.S. Capitol Police (USCP) shows that threats to congressional officials have skyrocketed as officers maintain “historically high” caseloads.

“The threats against Members of Congress are still too high,” U.S. Capitol Police Chief Tom Manger said in a press release. “This has resulted in a necessary expansion of, not only our investigative capabilities, but our protection responsibilities as well. While that work is ongoing, everyone continuing to decrease violent political rhetoric across the country is the best way to keep everyone safe.”

The rise in threats to congressional officials has occurred at the same time that Americans’ trust in institutions has plummeted. A Gallup poll from 2022 shows that confidence in key institutions reached an all-time low, with Republicans, Democrats, and independent voters unanimously ranking congress as the least trusted institution in the entire country.

“Overall, during the last couple of decades the Threat Assessment Section’s caseload has increased because people on social media have a false sense of anonymity and feel more emboldened,” said Dr. Mario Scalora, the U.S. Capitol Police’s consulting psychologist. “This is not a problem we can only arrest our way out of.”

USCP says to better protect legislators, it has hired its own attorneys who are detailed to the U.S. Department of Justice to work as prosecutors “who specialize in the unique types of threat cases faced by Congress.”

Since the protests that engulfed the U.S. Capitol on Jan. 6 2021, USCP have received an additional $50 million in funding. USCP officers have also expanded their operations nationwide, opening field offices in California and Florida to better investigate threats against lawmakers.

Capitol Police have also started using advanced Army systems — usually reserved for the battlefield — to surveil American citizens. One such system is the Persistent Surveillance Systems Ground – Medium (PSSG-M) unit, technology used in Iraq and Afghanistan mounted to tethered blimps that recorded everything below. 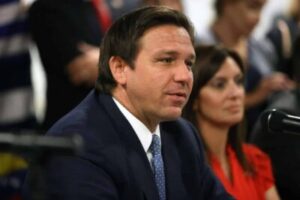