In an internal memo, Capitol Police say counterprotests are being planned for the same day

The “Justice for J6” rally is being held in support of those arrested on January 6 following the “Save America” rally.

Recent intelligence reports “that online chatter in support of the event started increasing after the officer who fatally shot rioter Ashli Babbitt went public with his identity in a recent interview with NBC’s Lester Holt,” says CNN.

The memo says that Babbit’s death was at the center of “violent rhetoric around the event and heated discussions” online. CNN claims some people regard the event as a “Justice for Ashli Babbitt” rally.

In a statement to Forbes, a Capitol Police spokesperson said they preparing for the rally by “working with [their] local, state, and federal partners.”

Rolling Stone reports that “Congress is making sure it’s apprised how the Capitol Police plan to handle the horde of Trump supporters expected to swarm Washington for the rally. House Speaker Nancy Pelosi (D-Calif.) addressed the event for the first time Wednesday morning, claiming those attending are ‘coming back to praise the people who were out to kill.’”

“The event, planned by Look Ahead America, is expected to be peaceful as several thousand people are set to attend. Leaders of the organizing group have implored attendees to be mindful and respectful when at the event, also urging them to remember the purpose behind the rally,” notes One America News Network.

Matt Braynard, a former aide to President Trump, is the organizer of the rally. His organization, leader of Look Ahead America, says its mission is to “register, educate, and enfranchise [the] millions of rural and blue-collar patriotic Americans [and] ensure that their voices are not just heard but heeded and that the American Dream becomes their dream again.”

Look Ahead America has held several rallies in Washington, D.C. as well as at the prisons where those arrested at the capitol on January 6 are being held. They’ve also held rallies in several cities across the country.

In a YouTube video, Braynard said, “We have a perfect safety record and we’re going to maintain it.”

Braynard has asked those attending the rally to be “respectful and kind” to any law enforcement officers who will be present on September 18 and to comply when asked by officers.

“We will have our own private security there along with attorneys who will work with those police agencies to keep everybody safe,” he added. 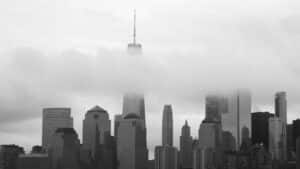