Canada is one step closer to making “anti-racism” a legal requirement in education.

In Ontario, Bill 67, entitled The Racial Equity in Education Systems Act, is attempting to make the ideas of Critical Race Theory a requirement in education.

Critical Race Theory (CRT) is an ideological concept that says “race is a social construct and that racism is not merely the product of individual bias or prejudice but also something embedded in legal systems and policies.”

The focus of the Canadian bill is to embed anti-racist language and requirements into pieces of curriculum from kindergarten to grade 12 and post-secondary education. The bill’s goal is to create a culture in which people are educated and required to take actions that abolish racism.

The bill has successfully made its way through two out of three steps before it could become law in Ontario. The adoption of laws in Canada must be presented in three rounds of reading and voting to become law, and the bill has found success in two previous readings.

Canadian lawmaker MPP Laura Mae Lindo has been one of the bill’s most vocal supporters.

In the most recent session of the Legislative Assembly of Ontario, she defended the need to adopt the theories of CRT into the country’s educational system.

“The idea behind this bill is to first put in some definitions, so we’re all on the same page about the veracity of the experiences,” said MPP Lindo. “People should know that the systems around them actually do believe that racism exists and is deeply rooted within our school system. Most importantly, I want people to know that there is hope. That there are ways we can actually make shifts happen in schools that facilitate the creation of anti-racist educational space.”

However, a handful of Canadian lawmakers and citizens are speaking up over the dangers of Bill 67 and its likely support of “reverse racism.”

Canadian lawmaker MPP Rick Nicholls, who initially voted in support of the bill, has since apologized for and withdrawn his support.

“On Thursday, I made a significant, unintentional error when I voted in the Ontario Legislature for Bill 67 … My error was unintentional in that I read the bill innocently, not knowing that the language in it purports to say one thing but means something completely different,” he said in a recent post.

The two most well-known promoters of “anti-racism” are authors Robin DiAngelo and Ibram Kendi. DiAngelo’s White Fragility and Kendi’s How to Be Anti-Racist are the most widely read and referred sources on the practice of anti-racism.

The ideals of anti-racism expressed by the proponents of CRT explicitly rebuke whites and advocate discrimination against them based on inherent privileges. The components of the ideology claim that people of color cannot succeed on an equal playing field without controlled equalization of the social structures.

In her book, DiAngelo states that only white citizens exercise power, and therefore, only whites can be inherently racist. Both DiAngelo and Kendi argue that whites are prone to oppressing others.

Nicholls made it a point to examine the concepts of “anti-racist” ideology and found it problematic and dangerous for the citizens of Canada.

In his recent post, he said, “anti-racism” is defined as “the policy of opposing racism including anti-Indigenous racism, anti-Black racism, anti-Asian racism, antisemitism and Islamophobia … note which racial group is excluded. Under the bill, it would be perfectly fine to be aggressively racist, as long as it is against white people.”

Nicholls has since vowed to fight against the passage of Bill 67.

Jordan Peterson, a renowned Canadian psychologist and author, has also worked to bring awareness to the issues surrounding Bill 67.

In a recent episode of his podcast, Peterson said the inherent issue in Bill 67 is that it “rewards discrimination against all white citizens of Canada.”

He raises concerns because the bill loosely defines the actions and events that could be determined as racist but imposes penalties and fines on anyone “perceived as having violated the ideals” of the proposed law, he said.

According to Peterson, interpretation and implementation of the law has no secure definition and leaves citizens at risk of punitive actions that could cause harm.

The bill has been presented and is awaiting a final reading and vote in the Legislative Assembly of Ontario. 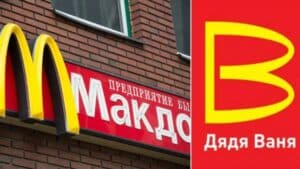