Canada Enlists the Help of Banks To Restrict Finances of Protestors

Canada has enlisted the help of financial institutions to restrict funding, and personal financial access of protesters involved in the Freedom Convoy protests against COVID-19 mandates this week.

The Canadian Bankers Association said all financial institutions “will need to diligently implement the required measures.” They noted that most institutions would need to manually assess personal financial data on all customers to determine if they are part of the “illegal protests” that have impacted the nation.

Canadian law enforcement began sharing information with the country’s financial institutions and international banking groups. Many of the institutions have already taken action based on the Emergencies Act and data provided by the Canadian government.

Canadian authorities froze finances associated with individuals and companies believed to be involved in the protest, Duheme said.

The RCMP froze 206 financial products, including bank and corporate accounts. Authorities disclosed the information of 56 entities associated with vehicles, individuals, and companies who allegedly helped further the protests. They also shared 253 bitcoin addresses with cryptocurrency exchanges. Under the Emergencies Act, they also froze a payment processing account containing an estimated $3.8 million, Duheme told the news conference.

“We continue to work at collecting relevant information on persons, vehicles, and companies and remain in daily communication with the financial institutions to assist them,” Duheme said. 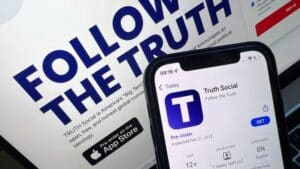