California lost residents for the second year in a row, continuing a trend spurred by the COVID-19 pandemic.

The mass exodus, however, still left California the most populous state in the country.

After 117,552 people left, the West Coast state’s population is now roughly the same size as it was in 2016. It leads Texas, the second most populous state, by almost 10 million people – with an approximate population of 39.1 million to the Lone star’s 29.5 million residents.

In addition to the aging population and its low population replacement rate, California’s years of positive population growth were greatly affected by the COVID-19 pandemic.

Scores of Americans across the country moved in the wake of the pandemic’s widespread lockdown and the rise of work-from-home. Many wanted more space and to decrease financial stress, according to a November 2020 survey conducted by the Pew Research Center.

At least 33% of those surveyed said financial reasons such as job loss while 17% said they moved to be closer to family or a partner. The survey also found that, by that point of the pandemic, 12% of respondents said they moved because their current area of residence had too many COVID-19 restrictions.

California’s population declined for the first time in its recorded history in 2020.

“At the time, state officials thought it was an outlier, the result of a pandemic that turned the world upside down,” notes The Hill.

Records from the California Department of Finance on May 2 show the state continued to lose residents during 2021, the second year of the global pandemic. The department specified that the “0.3-percent decline represents a slowing compared to the 0.59-percent decline over the nine month period between the April 2020 Census date and the year’s end” and that state prisons in remote parts of California could cause significant changes to the population.

In total, 34 of the state’s 58 counties reported a decline in population.

“While population growth remained strong in the interior counties of the Central Valley and the Inland Empire, the majority of counties saw declines, including every coastal county except San Luis Obispo, Santa Barbara, and Santa Cruz (due in part to college students returning to campus),” according to the report.

California’s continuing population hemorrhage is far from the only alteration in population trends produced in the wake of the pandemic.

In April, Pew Charitable Trust reported that a third of states experienced a decrease in population during 2021.

“Aside from states with declines, population grew slower over the year than over the 2010-20 period in 19 states,” states the study’s analysis. “Among them, Washington, Colorado, and Oregon experienced the biggest slowdown in growth compared with their decade-long pace.”

Additionally, 14 states experienced more growth than they had in the last decade. Among them were Idaho, Montana, Maine and New Hampshire. Texas, South Carolina, Arizona, Delaware, Idaho and Montana reported the highest population growth in the country. 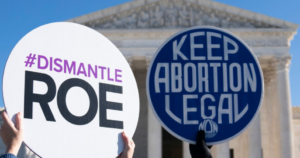