'California will build a firewall around this right in our state constitution,' said Governor Gavin Newsom

California will include a referendum on abortion rights on the ballot in the upcoming November elections.

Voters will be asked if the state constitution should include an amendment guaranteeing the right to abortion. The measure, the Reproductive Privacy Act, was introduced in May by Governor Gavin Newsom and would prohibit anyone from interfering with or denying an individual seeking an abortion.

Newsom has denounced the Supreme Court’s decision to overturn Roe v. Wade, which granted federal protection to abortion and blocked state legislation banning the practice. A draft of the opinion reversing the 1973 ruling leaked in early May and became official on June 24.

“Never would this happen if men were the ones having babies,” Newsom said at a press conference after the reversal was officially released. “You know that and I know that and every damned person knows that and that’s the elephant in the room. Because women are treated as second-class citizens in the country.”

“SCA 10 is extreme, even for a state like California,” Jonathan Keller, the President of the California Family Council, said in a statement. “Many people who identify as pro-choice still reject the idea of abortions ending the lives of viable children late in pregnancy.”

“California will not stand idly by as women across America are stripped of their rights and the progress so many have fought for gets erased. We will fight,” the joint statement released on May 2 said. “California is proposing an amendment to enshrine the right to choose in our state constitution so that there is no doubt as to the right to abortion in this state.”

“We know we can’t trust the Supreme Court to protect reproductive rights, so California will build a firewall around this right in our state constitution,” the three politicians declared. “Women will remain protected here.”

In 1969, the California Supreme Court ruled that abortion was a protected right guaranteed to residents in the state by its constitution although there was no specific mention of the procedure in the document. California considered adding an abortion-specific amendment to its constitution in 1973, one year before the Supreme Court’s decision in Roe v. Wade, per the Des Moines Register.

State lawmakers have also passed policies supporting abortions, including SB 52 or the Abortion Accessibility Act. The law, which was introduced in January of 2021 and passed in March of 2022, requires all state-licensed health care service plans to cover the cost of abortion services. Those seeking abortions cannot be asked to pay a deductible or co-pay for the procedure.

The state Senate passed the measure 29 to eight with three abstentions on June 20, four days prior to the Supreme Court’s release of their Dobbs v. Jackson Women’s Health ruling.

“We need this amendment, in my judgment, because of the actions being taken by far-right conservatives on the Supreme Court, who are on the verge of dismantling a woman’s right to choose,” said Senate Majority Leader Emeritus Robert Hertzberg on the Senate floor. “I would argue… that a woman’s right to choose is as fundamental and as basic to our liberty as the right to read and study and live the life you want… We stand here today because those rights are in peril, and we must do all that we can to protect them.”

The California Assembly debated the measure on June 27 and voted 58 to 16 to pass the bill. The measure must be approved by Californians this fall in order to become a part of the state constitution. 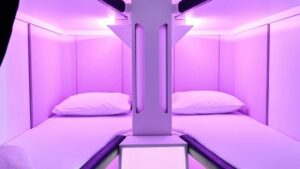