A universal healthcare bill in California failed to obtain enough votes to pass through the state legislature.

The author of the bill, state lawmaker Ash Kalra, did not bring it to vote on Monday after realizing that Democrats had not gathered enough support to pass it.

The bill would have created a universal healthcare system, but did not explain how it would be paid for or lay out how much it would cost.

“It became clear that we did not have the votes necessary for passage, and I decided the best course of action is to not put AB 1400 for a vote today,” Kalra told The Associated Press. “Although the bill did not pass the Assembly by today’s deadline, this is only a pause for the single-payer movement; our coalition, including the mighty California Nurses Association, will continue the fight for accessible, affordable, and equitable healthcare for all Californians.”

According to the report, a study of a similar 2017 proposal in California estimated that it would cost $331 billion, or $356 billion today after being adjusted for inflation.

“But California is on pace to spend about $517 billion on health care in 2022, according to an analysis by a commission established by Gov. Gavin Newsom to study universal health care. The largest chunk of that is from employers and households, followed by the federal government,” the AP reports. “California’s total operating budget — which pays for public schools, courts, roads and bridges and other important services — is roughly $262 billion this year.”

California Nurses Association has been lobbying for this bill and issued a statement expressing their disappointment that it was not put up for a vote.

“Nurses are especially outraged that Kalra chose to just give up on patients across the state. Nurses never give up on our patients, and we will keep fighting with our allies in the grassroots movement,” the association’s statement said.

The California Chamber of Commerce had an opposite position on the issue.

Preston Young, president of the organization, said that “it is not a time to experiment with a brand new, state-run bureaucracy funded by unsustainable taxes placed on employers trying to survive a pandemic.”

The deadline for the bill to possibly become law this year was midnight on Monday. There are no states that have universal, single-payer healthcare. 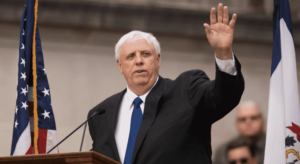