On Wednesday, California Governor Gavin Newsom unveiled a tax relief plan to send at least $400 per vehicle to all of the state’s registered owners in response to soaring gas prices.

The Governor’s $11 billion proposal would have the state sending debit cards to car owners, with a cap of $800 per person.

In a statement on Wednesday, Newsom said, “We’re taking immediate action to get money directly into the pockets of Californians who are facing higher gas prices as a direct result of Putin’s invasion of Ukraine. But this package is also focused on protecting people from volatile gas prices and advancing clean transportation.”

Drivers in California are experiencing some of the highest gas prices as the state average hit $5.88 per gallon. Some neighborhoods around Los Angeles are charging more than $7 per gallon.

In the details of Newsom’s proposal, $9 billion will be used on direct payments to car owners.

The remaining $2 billion would provide broader transportation relief. This funding would be used for a one-year pause on diesel sale taxes, projects that emphasize the importance of walking and biking, and public transportation initiatives.

For people who don’t have cars, the state would pay for their bus or train fare for three months. The proposal would also provide $750 million to transit and rail agencies, which Newsom said would be enough to provide free rides to 3 million people per day.

If the state legislature approves, residents’ first debit card payments could be distributed as soon as July. 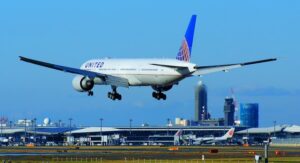