The U.S. Justice Department charged him with running a secret international prostitution ring

Producer Dillion Jordan was charged in New York and is accused of using his movie production company to cover up the prostitution ring proceeds.

Jordan is the producer of The Kindergarten Teacher starring Maggie Gyllenhaal, the white-supremacist themed drama Skin, Boarding School, and As I Am. IMDb notes that he is also known as Dillion Jordan, Daniel Maurice Hatton, and Daniel Bohler.

Manhattan US Attorney Audrey Strauss said in a press release “As alleged, for years, Dillon Jordan operated an extensive and far-reaching prostitution business, using a purported event planning company and a movie production company to conceal the proceeds he made from exploiting women.”

The indictment says that “to facilitate the prostitution business, Jordan maintained a roster of women to reside around the United States,” personally organized interstate travel for the women involved, and discussed prices and logistics with clients.

The Mann Act is a federal law that criminalizes the transportation of “any woman or girl for the purpose of prostitution or debauchery, or for any other immoral purpose,” according to Cornell Law School’s Legal Information Institute.

According to Fox News, “Dillon’s most recent producing credit was attached to the film ‘One Nation Under God,’ starring Kevin Sorbo and Antonio Sabato Jr., which is about a student advocating for his religion when a presidential candidate visits his school.

PaperChase Films, the production company Jordan founded in 2013, did not respond to a request for comment from Business Insider. The company’s website appeared to down as of Friday morning.

Jordan, 49 from Lake Arrowhead, California, could be sentenced to up to 50 years in prison if he is convicted.

His lawyer has not released a statement at this time. 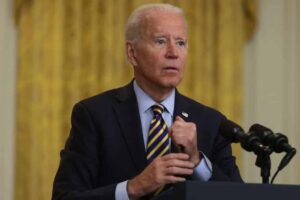