On Tuesday, California police arrested a man after allegedly posing as a girl online to lure more than 80 children into making pornographic videos.

Demetrius Carl Davis, 24, was arrested by the Sacramento County Sheriff’s Office after an investigation determined there were more than 80 minors that Davis allegedly groomed into doing and filming sex acts that he collected on his own devices, according to Fox 40 Sacramento.

According to the sheriff’s department, the suspect allegedly groomed the children into filming sex acts, which he saved on his personal phone and computer. They noted that the suspect posed as a young girl named “Lizzy” online and contacted children between 6 and 13 years of age. He made several social media accounts used to contact the children. The suspect attempted to establish a relationship with his victims. He is also accused of talking to the children using “sexually explicit language” and sending them child pornography.

In a statement announcing the arrest, sheriff’s office spokesman Sgt. Rod Grassmann said, “What’s particularly heinous about this is that this grooming led up to our suspect asking these children to perform sexual acts on their siblings, other relatives, and other kids that they know and film it, and then send that video to our suspect.”

In December, according to Grassman, police executed a search warrant for the suspect’s residence, where they found “numerous” devices with sexual recordings.

“At that time, we did not have enough evidence to arrest him on site, but we took all those electronics,” Grassmann added. “Over the last several months, we have forensically analyzed all of those and have identified 80 different victims and an additional 15 to 20 internationally, which we have not identified yet.”

The sheriff’s office believes Davis has communicated with “well over 100 children” between late 2020 and December 2021.

Grassmann asked parents to check their child’s devices to see if they had been contacted by people they did not know. He asked them to check if their children had been in illicit contact with or sent illicit content to a person named Lizzy via any social media or messaging apps. In that case, parents should contact the Internet Crimes Against Children task force to report such activity.

“Every electronic device connected to the internet is like an open window to the entire world. You have no idea who is talking to your child,” Grassman told Fox News. 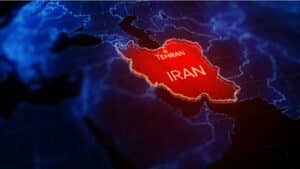 White House Says Iran Could Have Material For Nukes In Weeks