Recent legislation proposed in California would allow children aged twelve and up to get vaccinated without parental consent.

“Giving young people the autonomy to receive life-saving vaccines, regardless of their parents’ beliefs or work schedules, is essential for their physical and mental health,” he said. “It’s unconscionable for teens to be blocked from the vaccine because a parent either refuses or cannot take their child to a vaccination site.”

The age of consent for vaccination varies from state to state. According to Wiener, Alabama allows minor independent decisions at age 14, Oregon at 15, Rhode Island, and South Carolina at 16. Only Washington, D.C., has a lower limit for decision without parental consent, at age 11.

Wiener argued that California already allows those 12 and up to consent to the Hepatitis B and Human Papillomavirus (HPV) vaccines and treatment for sexually transmitted infections, substance abuse, and mental health disorders.

Under the proposed bill, children aged twelve to 17 would be eligible to receive any vaccination approved by the FDA and CDC without prior parental consent.

Wiener said his bill addresses vaccine hesitancy and abstinence among young people. He does not just see the bill as effective for handling COVID. He believes it’s unfair that parents can obstruct a child’s right to protect themself from a virus or other issues such as sexually transmitted diseases.

The bill was met with some criticism and concern from other lawmakers.

“This to me seems to be another example of Democrats wanting to remove parents from the equation,” said Republican James Gallagher. “I think that’s flawed policy. I think parents are vital to these decisions.”

Gallager believes Wiener’s bill will be unpopular among parents regardless of political affiliation. It would infringe upon the right of parents to determine what’s best for their child. 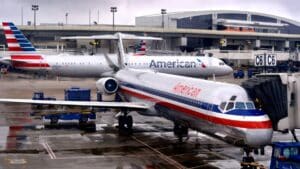