A California bill aimed at addressing social media addiction among minors will no longer allow parents to sue technology platforms.

Only prosecutors would be able to take legal action against companies like TikTok and Instagram for up to $250,000 in liability for each violation.

Republican Assemblyman Jordan Cunningham said the provision was dropped from an amended version of his policy, Assembly Bill 2408, to ensure the bill would pass the California Senate.

“They get afraid it will open the floodgates to frivolous claims,” he said. “They seem to be more comfortable letting this be handled by the public prosecutors, who already end up taking the lead on this kind of consumer protection type stuff.”

The now-removed provision would have allowed parents to sue social media platforms that through the “ordinary care in the use of a design, feature, or affordance caused a child user to become addicted to a platform.”

The bill defines social media addiction in minors under the age of 18 as an obsession with platforms like Facebook, Instagram, and TikTok that leads to physical, mental, emotional, developmental, and material harm.

Only companies that earn $100 million or more in gross revenue in the past year would be subject to the legislation. The policy would also not apply to text message or email services as well as Netflix, Hulu and other streaming services.

Social media companies that removed addictive features by April 1 or that opted to regularly audit their platforms and end addictive practices would not be held responsible for damages, per PC Mag.

The bill, which is also known as the Social Media Platform Duty to Children Act, was passed by the House in May of 2022.

“Social media companies’ own research shows how addictive their platforms are for kids – and there’s nothing parents can do to stop it,” said Cunningham in a statement to Forbes a the time. “If you’re going to create a product for children, you need to design it in a way that doesn’t result in some of those kids becoming addicted and having to seek psychiatric care. Our bill would require social media companies to change their practices, or be held liable for the damages their addictive features cause.”

Some have said the bill is well-intentioned but ultimately does not do enough to protect children online.

“It is unlikely that social media companies will be able to alter their platforms to satisfy the requirements of the bill,” wrote Rachel Chiu for the Daily Breeze. “AB 2408 relies upon unsuitable metrics that cannot adequately be translated into actual and tangible modifications to the platform. The result will be a highly litigious environment, which will hardly help any children or users in California.” 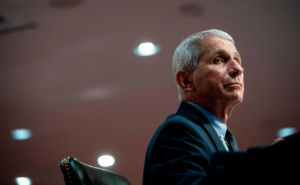