A protester who was shoved by an NYPD officer during the Black Lives Matter riots over the death of George Floyd has settled her federal lawsuit for $387,000.

The officer will have to pay $3,000 of the settlement out of pocket.

Dounya Zayer, 21, was shoved by Officer Vincent D’Andraia, 28, on May 29, 2020, near the Barclays Center in Brooklyn. The push caused her to fall and hit her head on the curb, inducing a seizure.

“He wanted to hurt me. Without provocation, he wanted to prove a point that he could hurt me, and he did. A two-handed shove, and you could see his whole weight was in that push. I was off the ground entirely. I came out of my sneakers,” Zayer alleged. “The amount of force involved shows how much anger was involved in this assault.”

The incident was caught on film by Newsweek reporter Jason Lemon.

Rotated @JasonLemon‘s video of a NYPD officer shoving a protester to the ground pretty violently right in front of a bunch of cops, including a senior officer of at least a lieutenant or above based on the white shirt. pic.twitter.com/q8icXDrWAP

The lawsuit alleged that “(Zayer) suffered and continues to suffer significant severe physical and emotional injuries, including possibly requiring surgery, disfigurement, permanent disability and inability to walk and ongoing treatment.”

Zayer also claims that the officer called her a “stupid f-cking b-tch.”

“There was definitely anger in his voice when he called me what he did. The fact that he called me a name is proof his intention was there. And I’m small. He knew the size difference,” according to Zayer. “Officer D’Andraia insulted me and then assaulted me. There were hundreds of officers around and not a single officer stopped to help me.”

The City reports, “D’Andraia’s then-supervisor, Deputy Inspector Craig Edelman, as well as other cops — named as 10 John and Jane Does in the suit — did nothing after witnessing the encounter.”

Her attorney, Tahanie Aboushi, told the outlet that the cop having to pay for some of the settlement was important to Zayer.

“You can never put a number on what happened, and the trauma and emotional toll it had on Dounya. It’s important that he is held accountable, and he shares some responsibility for what happened,” Aboushi said.

Law Enforcement Today reports that D’Andraia was suspended without pay after the incident, and his commander was transferred to a different unit. He was also charged with third-degree assault, fourth-degree criminal mischief, second-degree harassment, and third-degree menacing.

D’Andraia’s trial begins on March 2 in Brooklyn Criminal Court. He has pleaded not guilty to the charges. 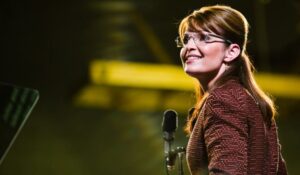