Alexander, who pleaded guilty to stalking earlier this year, got arrested at her LA home while attempting to crash the ceremony

Spears married Jason Alexander in a Las Vegas chapel in 2004, when she was 22 years old. They were married for about 55 hours before the union was annulled. Alexander purported to be on amicable terms with Spears since then, and even made an appearance at a Free Britney rally in 2020 to protest her thirteen-year-long conservatorship.

Yesterday, Alexander posted a video on Instagram where he spoke in vague terms about his suspicions surrounding Spears’ upcoming marriage to Asghari. Alexander addressed “everybody that’s been associated with Britney in the last twenty years – even me, let’s do an investigation on me also.” The caption reads, “Follow the money…#freedom.”

Alexander took to Instagram live while trespassing inside Spears’ home. Security followed him, but did not apprehend him as he searched for the 40-year-old bride. He proceeded to wander into an outdoor tent embellished with pink roses, where the couple exchanged vows later that day in an intimate ceremony.

Alexander introduced himself to staff and claimed that Britney personally invited him there.

“She’s my first wife, my only wife,” he said. “I’m her first husband. I’m here to crash the wedding, ‘cause nobody’s here but Sam [Asghari].” While recording, he exclaimed that this was the “inside scoop” on Britney’s “bulls— wedding.” The live stream ended as Alexander got into a scuffle with Spears’ security.

The trespasser referred to the absence of some family members from the event. Spears invited her brother, Bryan, but not her sister, Jamie Lynn, nor her father, Jamie. Spears’ two teenage sons from her previous marriage to Kevin Federline also didn’t attend the wedding, but reportedly wished their mother the best.

Police were quick to intervene. Alexander was arrested and taken into custody on Thursday evening by the Ventura County Sheriff’s Department under charges of trespassing, vandalism, and battery. His bail is set at $22,500.

Britney Spears’ attorney, Mathew Rosengart, told Page Six that he is “working closely with law enforcement to ensure Mr. Alexander is aggressively prosecuted to the fullest extent of the law.” The 40-year-old is already on probation following an arrest in December 2021 for violating a protection order and stalking an unidentified woman.

Despite the disturbance, Britney’s wedding ceremony went off without a hitch, and fans are fawning over photos of the celebration. Britney has stayed silent on social media since Thursday. 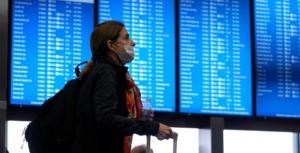