The plan intends to 'reduce the likelihood that any entity, person or group gains control of Twitter’

In a press release on Friday, Twitter announced that it was enacting a plan that would limit Elon Musk’s ability to purchase the social media giant outright.

Faced with the prospect of a hostile takeover, the Twitter Board has adopted a defensive strategy called a “shareholder rights plan.”

Shareholder rights plans, also known as “poison pills,” are a takeover defense tool often used to avoid escalating a hostile or unsolicited offer by keeping an investor from accumulating a significant ownership stake.

Shareholder rights plans are one of the most potent and effective defenses against a hostile takeover. By capping ownership, a plan compels a bidder to negotiate directly with the Board of Directors instead of launching an unapproved tender offer or accumulating a controlling stake through open market purchases.

Such a maneuver can level the playing field by giving the Board greater control of a process, providing more time for deliberations, and responding to aggressive negotiating tactics.

However, a rights plan is not absolute protection. While it does prevent a third party from quickly acquiring a controlling stake in a company, hostile bidders can still wage a public campaign to pressure the Board to negotiate and complete the intended purchase.

In the press release, Twitter states the plan “will reduce the likelihood that any entity, person or group gains control of Twitter through open market accumulation” — an evident response to Musk’s attempted purchase on Thursday.

The so-called poison pill becomes active “if an entity, person or group acquires beneficial ownership of 15% or more of Twitter’s outstanding common stock in a transaction not approved by the Board.”

If the plan becomes active, current shareholders will be entitled to a special class of shares sold at a lower-than-market price to acquire controlling equity in the company, thus ending the third party’s ability to gain controlling ownership.

According to Twitter, the Shareholder Rights Plan will remain active until April 14, 2023 — seemingly thwarting Musk from purchasing controlling interest in the social media platform for at least one year.

At this point, Musk’s remaining option would be to lobby current shareholders by convincing them to relinquish their shares in a sale directly to him. In most instances, someone like Musk will be forced to utilize a public campaign to compel shareholders to abandon their right to exercise the purchase options made available through the limited plan.

It remains to be seen what next steps Musk will take in his bid to purchase Twitter. 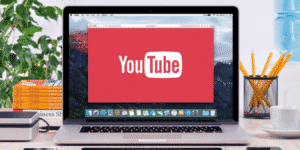