On Tuesday, Russia promised to dramatically scale down its military operations around Kyiv and the northern Ukrainian city of Chernihiv during peace talks in Istanbul, Turkey.

According to Reuters, Ukraine reportedly proposed neutral status with Russia giving international guarantees to protect it from further conflict.

Ukrainian officials attending the peace talks said they proposed the country would not join alliances or host foreign military bases. They did propose having the nation’s security assured in representations equivalent to NATO’s “Article 5.”

Article 5 is NATO’s collective defense clause, which calls for partnering nations to provide military defense when a foreign entity invades or endangers the well-being of a partner nation.

Ukrainian officials identified NATO members Canada, Poland, and Turkey as countries that could help provide such guarantees, along with the aid of Israel.

Ukrainian officials told reporters in Istanbul that the suggestions would include a 15-year consultation period on the status of Crimea and could come into force only in the event of a complete ceasefire.

According to reports, Russian Deputy Defence Minister Alexander Fomin said Russia had decided to reduce fighting near Kyiv and Chernihiv to create the conditions for successful negotiations.

Russia’s deputy defense minister says Moscow has decided to “fundamentally cut back military activity in the direction of Kyiv and Chernigiv” in order to “increase mutual trust for future negotiations to agree and sign a peace deal with Ukraine.” pic.twitter.com/2qDYOzAzDp

“If we manage to consolidate these key provisions, and for us this is the most fundamental, then Ukraine will be in a position to actually fix its current status as a non-bloc and non-nuclear state in the form of permanent neutrality,” said Ukrainian official Oleksander Chaly.

Tuesday’s talks mark the first in-person meeting between Russia and Ukraine since March 10. 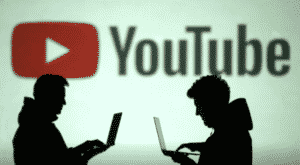