Russian President Vladimir Putin ordered Russian nuclear deterrent forces to be put on high alert Sunday as tensions rise with the West over the ongoing invasion of Ukraine.

In a meeting with top officials, Putin declared that leading NATO nations had made “aggressive statements” raising concern. These statements, along with western countries imposing heavy financial sanctions against Russia and Putin personally, are being viewed as an act of aggression towards the nation.

Sunday’s alert order implies Putin has ordered Russia’s nuclear weapons prepared for advanced willingness to launch in response to outside aggressions. The President told the Russian defense minister and the chief of the Russian military’s General Staff to position the nuclear deterrent forces in a “special regime of combat duty.”

“Western countries aren’t only taking unfriendly actions against our country in the economic sphere, but top officials from leading NATO members made aggressive statements regarding our country,” Putin said in televised comments.

The latest order by Putin has raised the threat that the tensions with the West could lead to the use of nuclear weapons. Tensions continue to rise as the nation pushes further into Ukraine in an effort to take control of the nation-state.

This week, the Russian leader threatened to retaliate harshly against any nations that intervened directly in the conflict in Ukraine.

Putin issued a dire threat to Western nations last Thursday morning, saying they would face “consequences greater than any you have faced in history” if they become involved with his invasion of Ukraine.

He made the remarks as part of his speech that aired Thursday at 6 a.m. Moscow time when he announced the invasion. 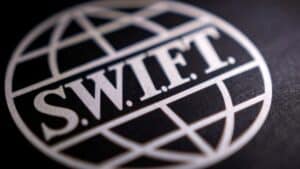 Russian Banks Being Removed from SWIFT